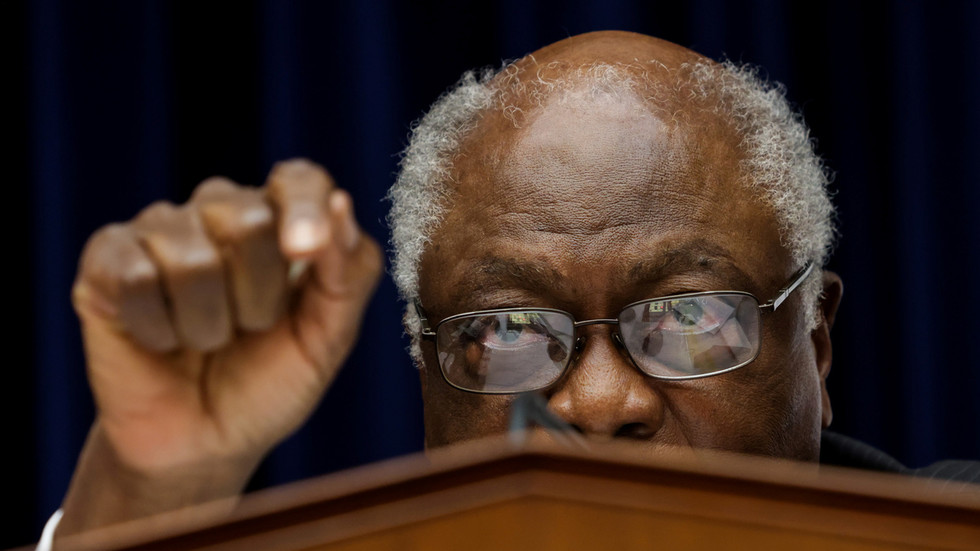 Clyburn made his comments on Friday in a CNN interview, after Education Secretary Betsy DeVos and Transportation Secretary Elaine Chao resigned over Trump’s alleged role in inciting a mob of protesters that breached the US Capitol on Wednesday.

He said House Democrats will impeach Trump for a second time if they must, but only the invoking of the 25th Amendment by Vice President Mike Pence and the president’s Cabinet would be quick enough to remove him from office before Democrat Joe Biden’s inauguration on January 20.

“For two Cabinet members to resign, that says to me they’re running away from their responsibility,” Clyburn said. “If they feel that strongly, they would stay there and wait on this meeting so they can cast two votes that are necessary to invoke the 25th Amendment. They’re running away.”

Pence has reportedly said he won’t back a move to use the 25th Amendment against Trump, which would remove him from office on the basis that he’s unable to do the job. Clyburn argued that “everybody knows that this president is deranged,” and said “we cannot and should not run the risk of what else he might do that’s silly to us but means so much to him. I do believe he is a danger, an ever-present danger to the existence of this country and to the democracy that all of us hold dear.”

But those kinds of accusations against Trump are nothing new for Democrats, and Clyburn conceded that there isn’t enough time left to impeach the president in the House and convict him in the Senate. Nevertheless, he said impeachment would go forward if Trump’s own Cabinet doesn’t remove him, even though that would have no impact on the level of “danger” that the president will pose to the country’s “existence.”

Impeachment, however, would force Trump to leave the White House in disgrace and help Democrats to discredit the anti-establishment political movement that got him elected.

While Democrats on Twitter praised Clyburn’s message, Trump supporters who believe the election was rigged argued that impeachment would be a wasteful stunt and might lead to dangerous consequences. “When you steal this big, be quiet and wait two weeks,” author Carol Mitchell said. Another observer tweeted: “Impeach Trump and watch as all hell breaks loose in America. You dumb butts just don’t get it. Half of America loves President Trump.”

When you steal this big, be quiet and wait two-weeks. Leave the President alone!

Impeach Trump and watch as all hell breaks loose in America! You dumb butts just don’t get it! Half of America loves President Trump!!!

Also on rt.com ‘Not a day longer’: Top Senate Democrat Chuck Schumer calls for Trump to be removed from office immediately