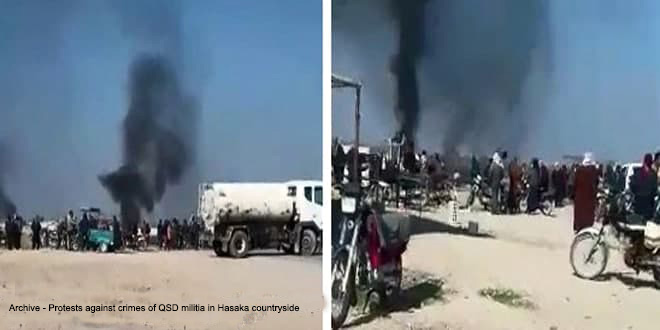 Hasaka ,Deir Ezzor ,SANA – Three of US occupation –backed QSD militants were killed and others  were injured in  separate attacks targeted their movements in Hasaka and Deir Ezzor countryside.

Local sources told SANA reporter that unknown persons targeted  QSD militia’s motorcycle on Abyad road southwest of Hasaka, killing 3 of militants, while a number of militants were injured in a of blast explosive device planted by unidentified persons in their car on road of al-Tuwaimin town, southeast of Al-Hasaka.