WATCH: Strongman Eddie Hall bench-presses FOUR women in show of strength as he prepares for boxing bout with Game of Thrones giant 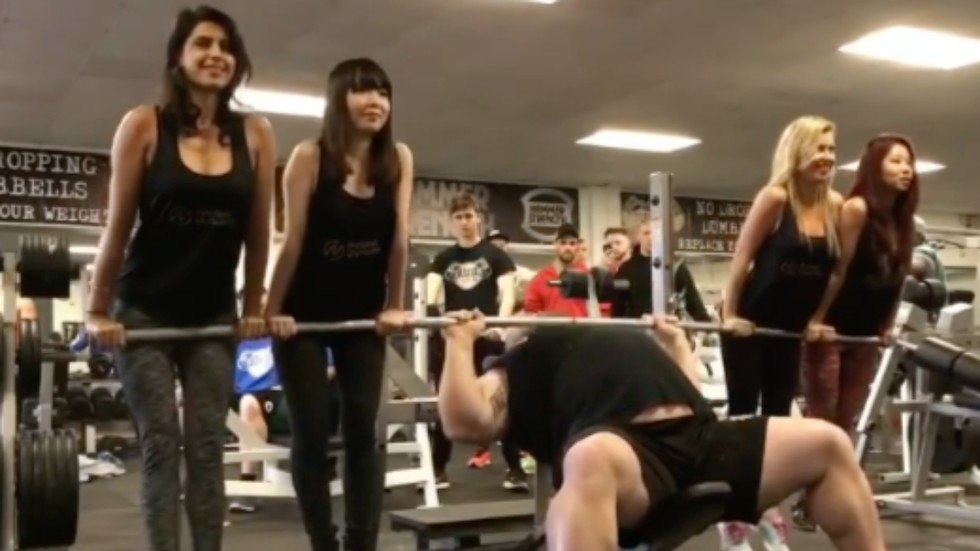 Eddie Hall continued his preparation for his upcoming boxing match with Hafthor Bjornsson by hitting the gym. But, in between cardio and boxing sessions, the strongman couldn’t resist an eye-catching demonstration of his strength.

Hall took up a familiar pose as he settled down onto a weightlifting bench, before four women arrived and perched themselves on the weight bar, two on each end.

Hall then bench-pressed the bar, and all four women, in impressive fashion.

While Hall can’t resist his strongman roots and shows of strength, he has undoubtedly been working on getting in fighting shape ahead of his upcoming fight.

The Brit has trimmed down his huge physique to 160 kilos (353 pounds) and revealed that he’s delighted with how he’s brought his bulk down in order to get him ready for the tough rounds ahead.

“Feeling mega, mega fit. Like the endurance I’ve gotten from the running and the rounds. I’m feeling really good.

Also on rt.com ‘If he was on fire, I wouldn’t p*ss on him’: Hall reignites strongman rivalry with Game of Thrones giant Thor ahead of boxing bout

“I’d happily fight at 160, I really would. I’m just taking it as it comes. I think I’ll put a bit more weight on, if I’m being honest. As we get closer to the fight, I think I’ll step my game up in the weight room.

“Of course, the cardio will take a step up, but I just feel as though I’m finding that middle ground with the strength and power.

“I feel like I’ve lacked on the power these last few weeks and really concentrate on the boxing. I’ll tell you what, it’s really had an adverse effect, in my opinion. I don’t feel I’ve got as much bang in the punches.”

Also on rt.com ‘Is this a wind-up?’ Game of Thrones star Bjornsson announces boxing debut against pro as ‘tune-up’ for scrap with strongman Hall