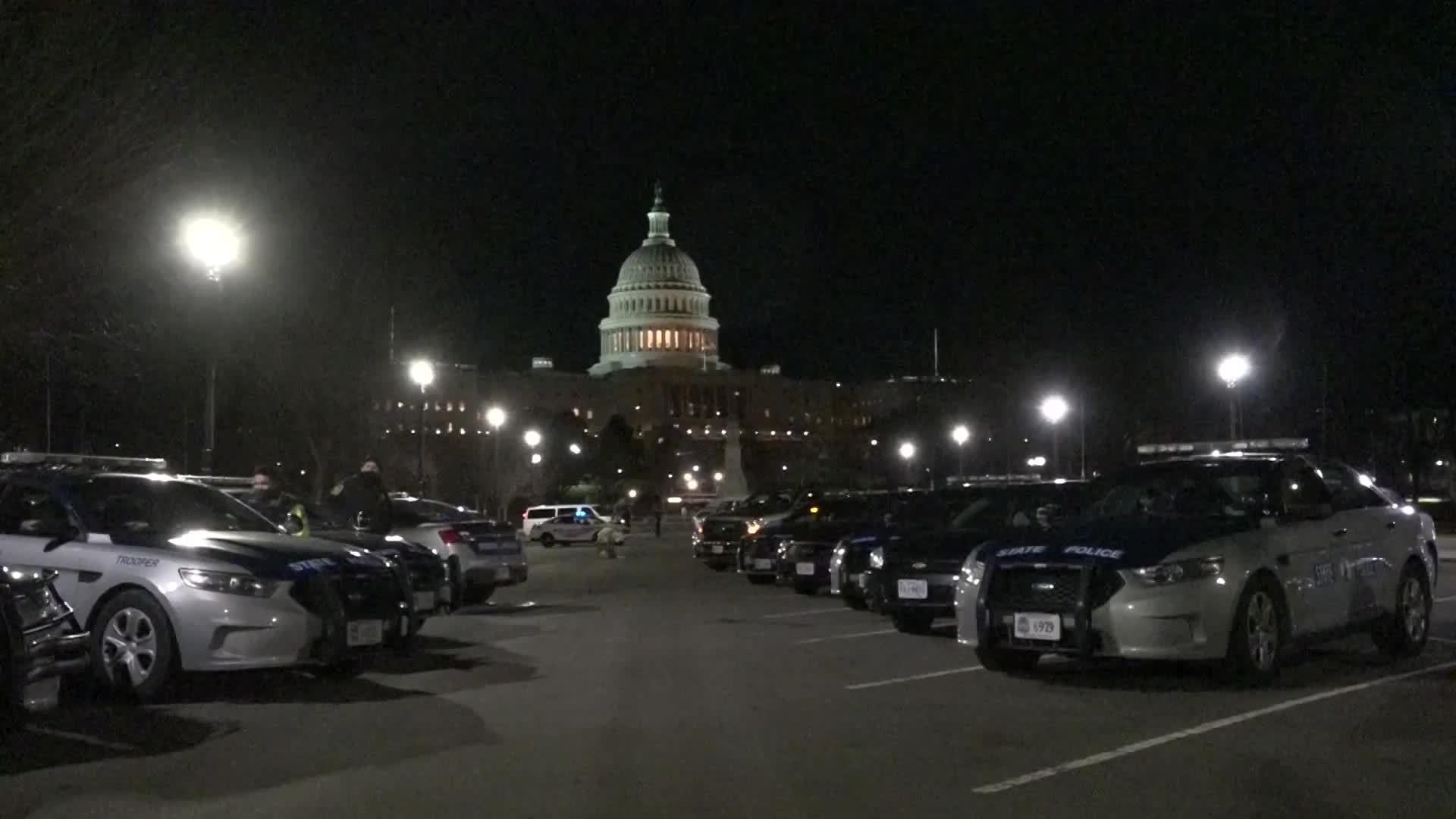 Police gathered near the grounds of the Capitol Building on Thursday, just after paying tribute to a fallen colleague in Washington DC.

Police Officer Brian D. Sicknick, who was injured in the storming of the Capitol Building by supporters of US President Donald Trump, was pronounced dead on Thursday evening from the injuries sustained during the incident.

US Capitol Police said Sicknick had returned to the division office following the incident and later collapsed. His death will be investigated by the Metropolitan Police Department’s Homicide Branch.

Over 50 charges against Trump supporters who stormed the building are being pursued. Donald Trump has since been suspended indefinitely from multiple social media platforms, and many are calling for his removal from office.