USA: ‘One of the darkest days in the history of our nation’ – Biden condemns ‘domestic terrorists’ at Capitol 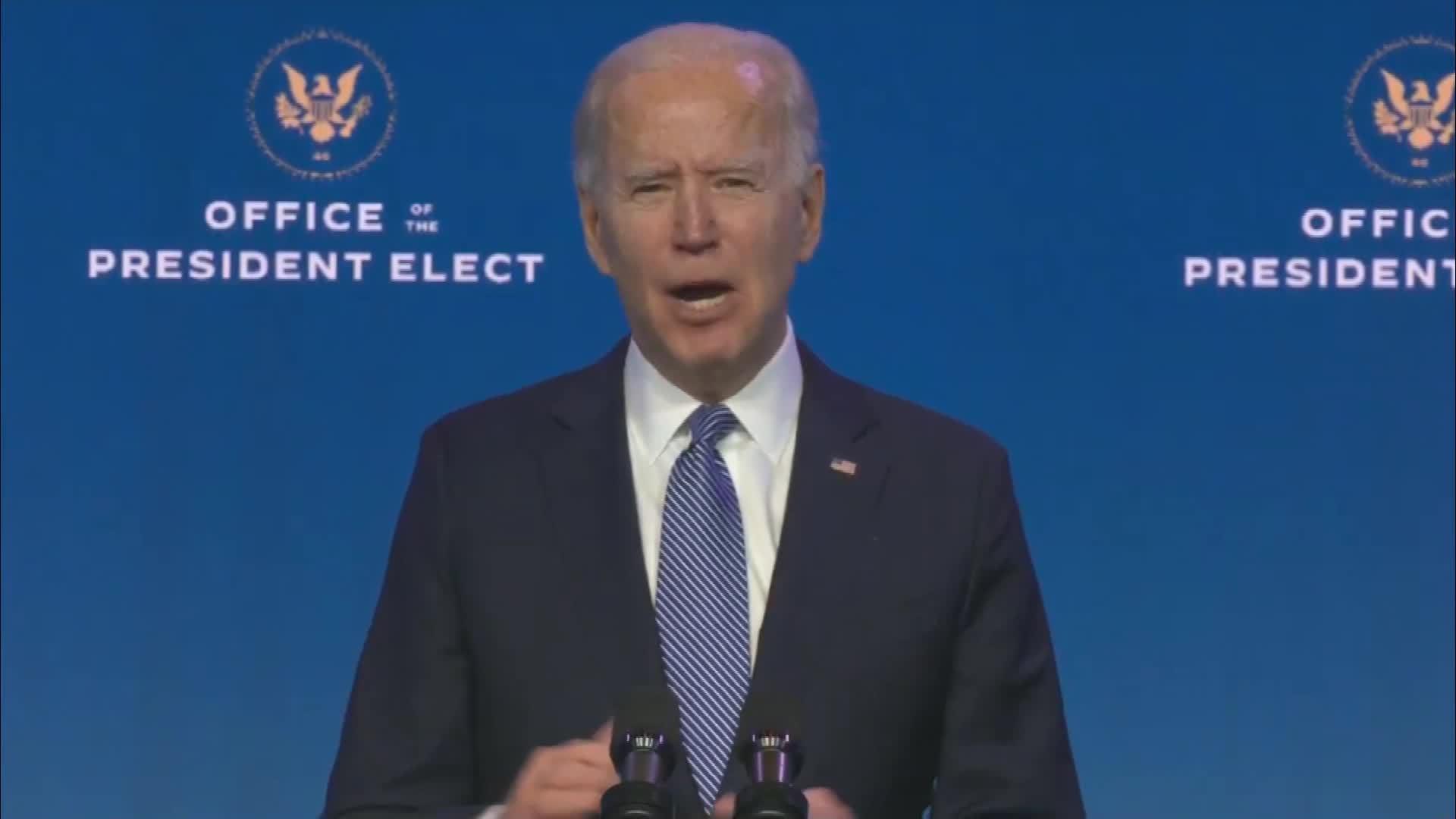 President-elect Joe Biden accused Donald Trump of instigating “one of the darkest days in the history” of the US on Thursday, a day after supporters of the outgoing president stormed the US Capitol.

Speaking in Wilmington, Biden denounced the “domestic terrorists” that sparked chaos in the nation’s capital.

“Yesterday, in my view, one of the darkest days in the history of our nation, an unprecedented assault on our democracy, “Biden said. “They weren’t protesters, don’t dare call them protesters. They were a riotous mob, insurrectionist, domestic terrorists,” the president-elect said.

“The past four years, we’ve had a president who’s made his contempt for our democracy, our constitution, the rule of law, clear and everything he has done. He unleashed an all out assault on our institutions of our democracy from the outset. And yesterday was but the culmination of that unrelenting attack,” he added directing his ire at his predecessor.

The storming of the Capitol came after supporters of Trump had gathered for another round of the ‘Save America’ rally to protest the results of the 2020 US Presidential Election on Wednesday.

After months of voters fraud allegation, President Trump announced on Thursday that “an orderly transition” will be carried out for Biden inauguration on January 20.