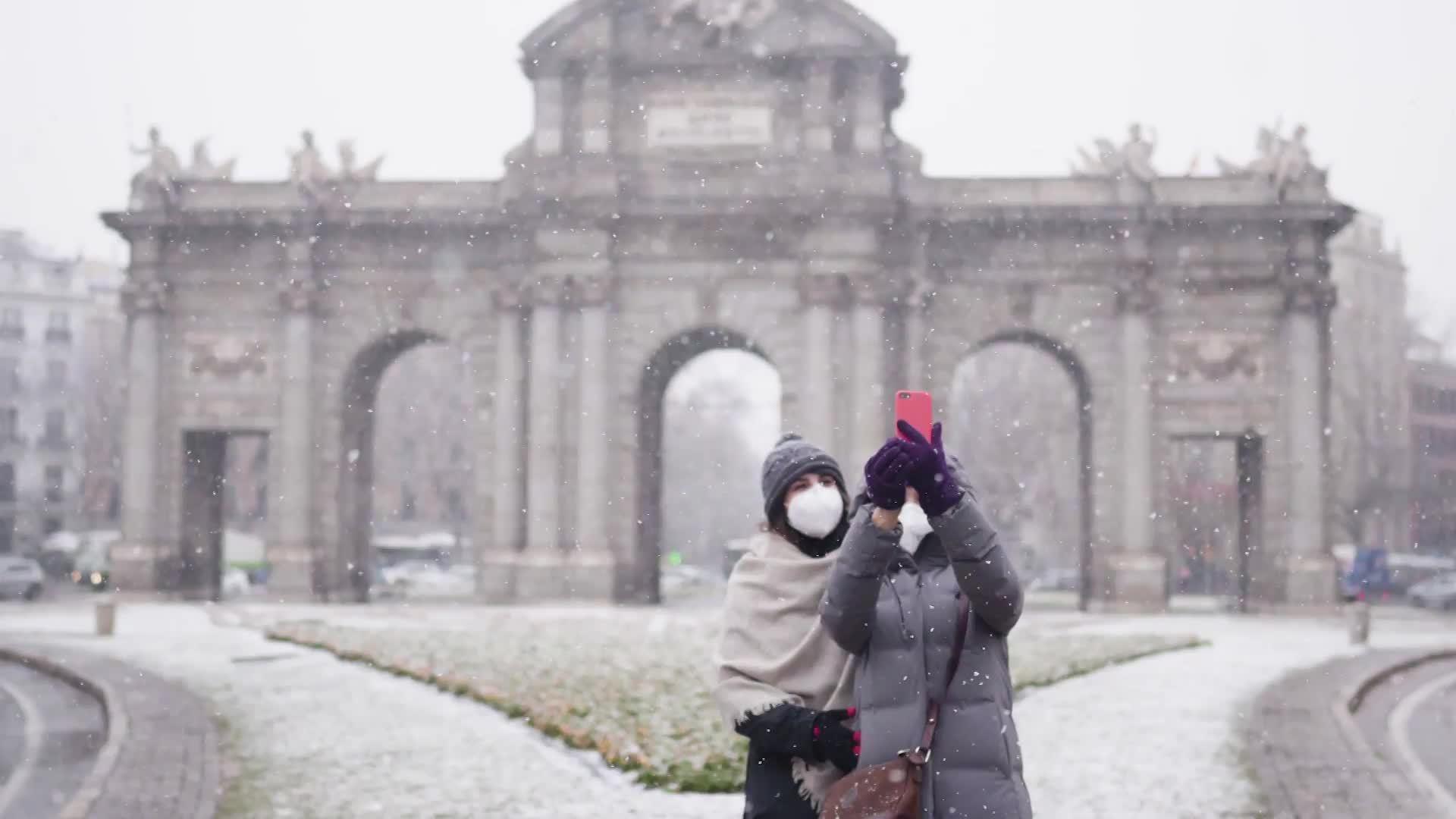 Residents of Madrid enjoyed a rare sights on Thursday as the streets and parks received a dusting of snow, for the first time in a decade.

Groups of enthusiasts could be seen braving the cold to visit some of the city’s iconic sites, including Puerta de Alcala and Retiro Park, in a winter wonderland edition, and enjoy the effects of the snowstorm.

“It’s a beautiful spectacle, there’s a white mantle over all the city, in this case in Retiro Park, it’s an amazing spectacle, it’s sad we don’t get to enjoy this more often,” said Miguel, a resident of Madrid.

Rafael, a Madrid resident of Peruvian origin, said he was amazed by a climatic phenomenon he had never seen before.

“Yes, I love it, it’s the first time I see a snow storm, I’m from Peru, I’m so happy because we don’t have snow there, so I’m happy because it’s been a surprise,” he said.

According to the weather forecast, it is expected that by Friday about 10 centimetres of snow will fall in Madrid.

The State Meteorological Agency (AEMET) activated a yellow alert in five areas of the Community of Madrid.