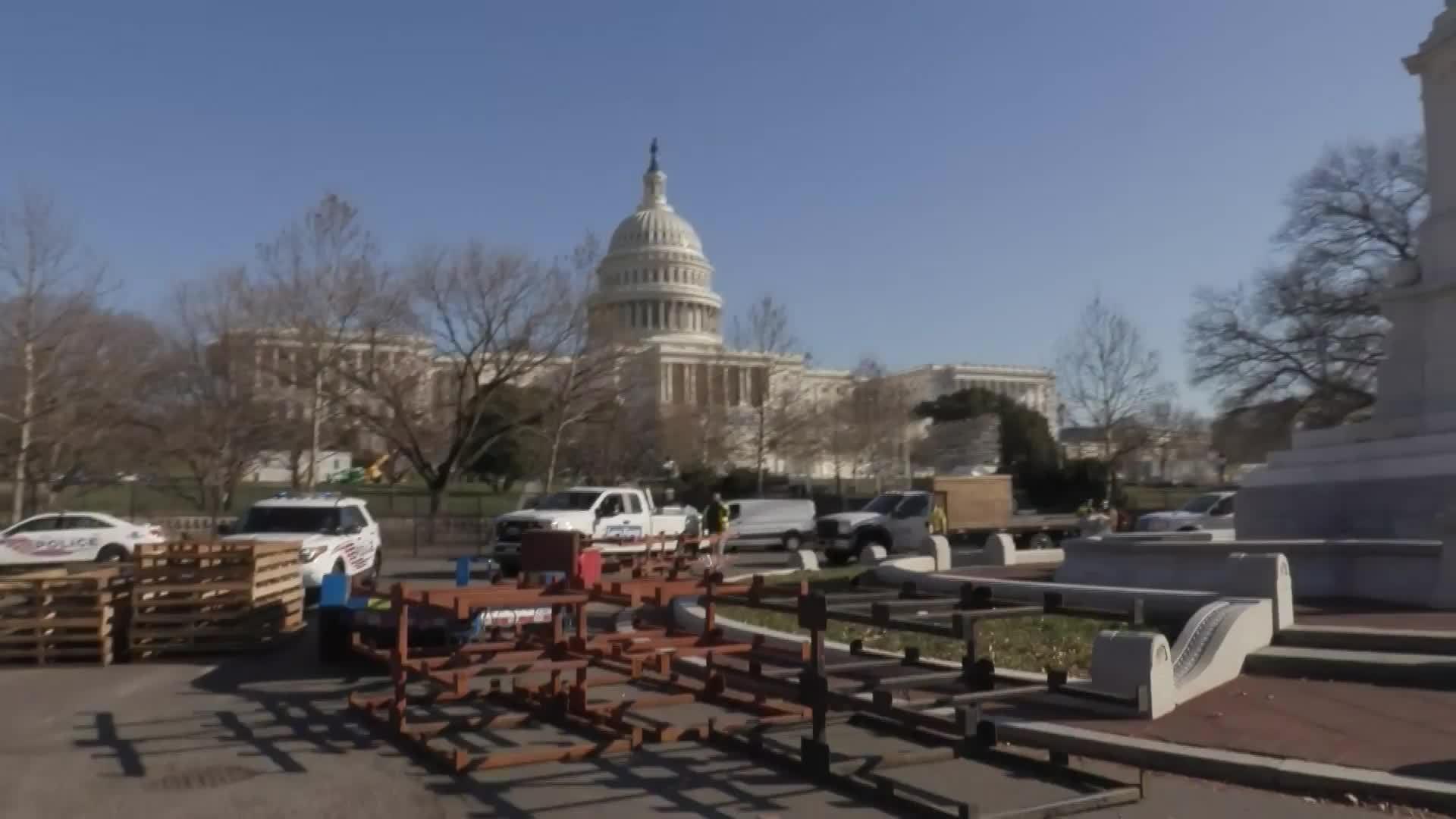 After a large group of Donald Trump supporters stormed the US Capitol building in Washington DC on Wednesday, construction crews began erecting a tall fence around Capitol grounds on Thursday.

Army Secretary Ryan McCarthy confirmed that military personnel were erecting a seven-foot-tall (2.13 metres) fence around the entire Capitol that he described as ‘nonscalable.’ He said the fence would remain in place for at least 30 days.

The storming of the Capitol came after supporters of Trump had gathered for another round of the ‘Save America’ rally to protest the results of the 2020 US Presidential Election.