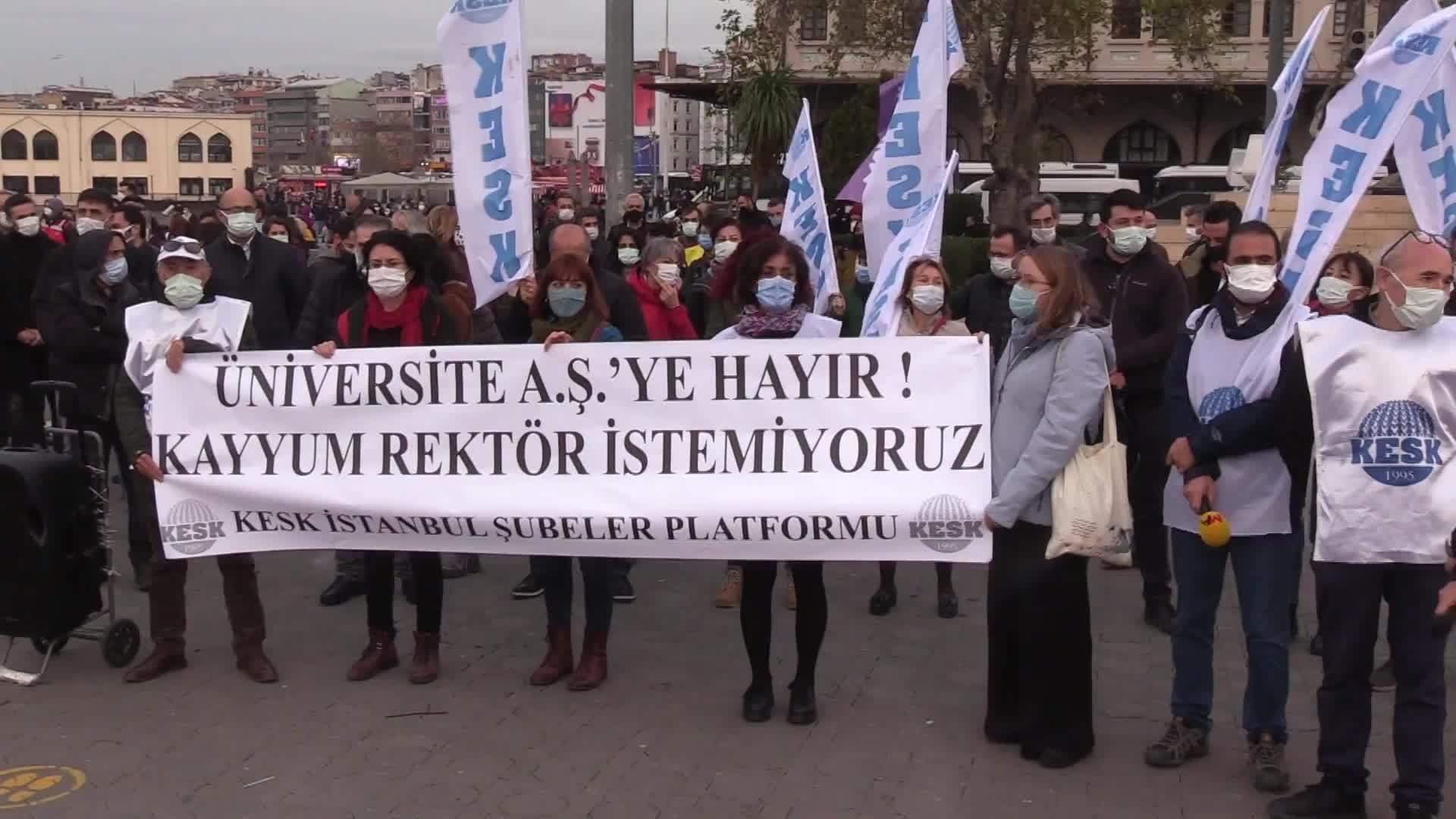 Dozens of protesters rallied in Istanbul, on Thursday, over President Recep Tayyip Erdogan’s appointment of a close political ally as the new rector of the Bogazici University.

Protesters were seen wielding flags and banners at a stationary protest after police reportedly banned them from marching the streets.

“While we insistently argue that universities should be independent of political authorities and free from all kinds of pressure and violence, the political power turns this situation into a disposition to its politics. We do not accept this,” said a protester.

Dr Melih Bulu, long-time member of the ruling Justice and Development Party (AKP) was appointed new chief of Bogazici University last week. The move sparkled protests with protesters judging the appointment to be a attempt to further control universities.