‘I am astonished & shocked’: Tennis star Dayana Yastremska insists contamination is behind her suspension for testosterone steroid 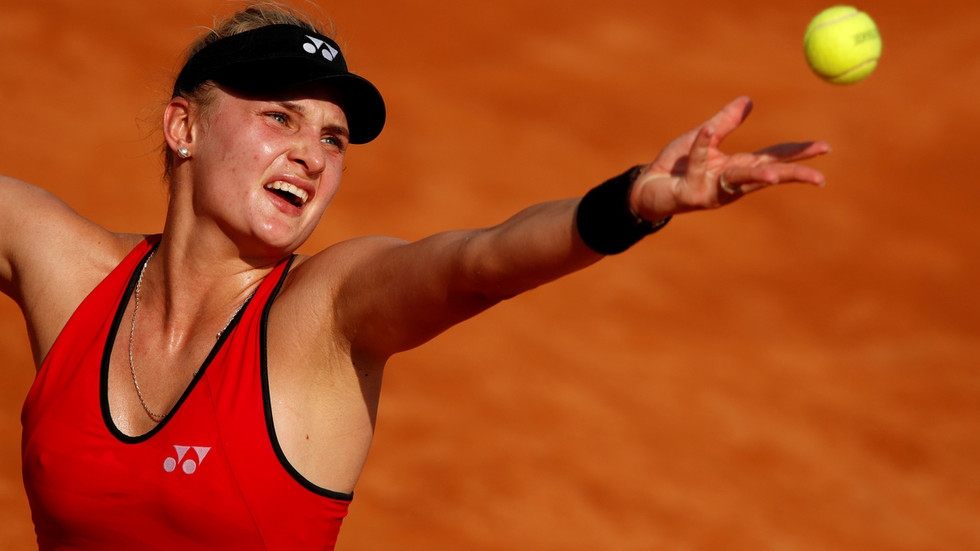 Ukrainian tennis ace Dayana Yastremska has said she is “astonished and in shock” after being suspended for testing positive for an anabolic steroid, arguing that she gave a negative sample at a tournament two weeks earlier.

The 20-year-old protested her innocence after being suspended by the International Tennis Federation on doping charges, promising to clear her name against a test showing low levels of a testosterone booster in her system.

Yastremska said that mesterolone metabolites had been found in her sample two weeks after her last tournament of the 2020 season, when she bowed out with a straight sets defeat in the first round of the Linz Open.

“I confidently declare that I have never taken any stimulant drugs or prohibited substances,” Yastremska announced on social media after her suspension came into effect.

Dayana Yastremska has been provisionally suspended under Article 8.3.1(c) of the 2020 Tennis Anti-Doping Programme.Full details: https://t.co/rqJxHTFmEW

“I am astonished and in shock, particularly given that two weeks prior to this test – on November 9, 2020 – I tested negative at the WTA event in Linz.

“After this last tournament of the year, I stopped practicing to rest prior to the start of the new season.

“Only a very low concentration of meterolone metabolites was detected in my urine. Given that low concentration and my negative test two weeks earlier, I have received scientific advice that the result is consistent with some form of contamination event.

“Besides, I have been informed that this substance is meant for use as medication by men and women are advised not to use it due to the adverse effects it causes.”

The federation said that the sample had been sent to the World Anti-Doping Agency accredited laboratory in Montreal, where it was found to contain the prohibited substance.

It added that Yastremska had been charged on December 22 and retained the right to appeal, which she had not yet exercised.

“Due to the confidentiality of the proceedings, you will understand that I am not able to share any further information at this stage,” said the world number 29.

“However, I am currently working work with my team and you can be assured that I am resolutely determined to do everything to clear my name.”