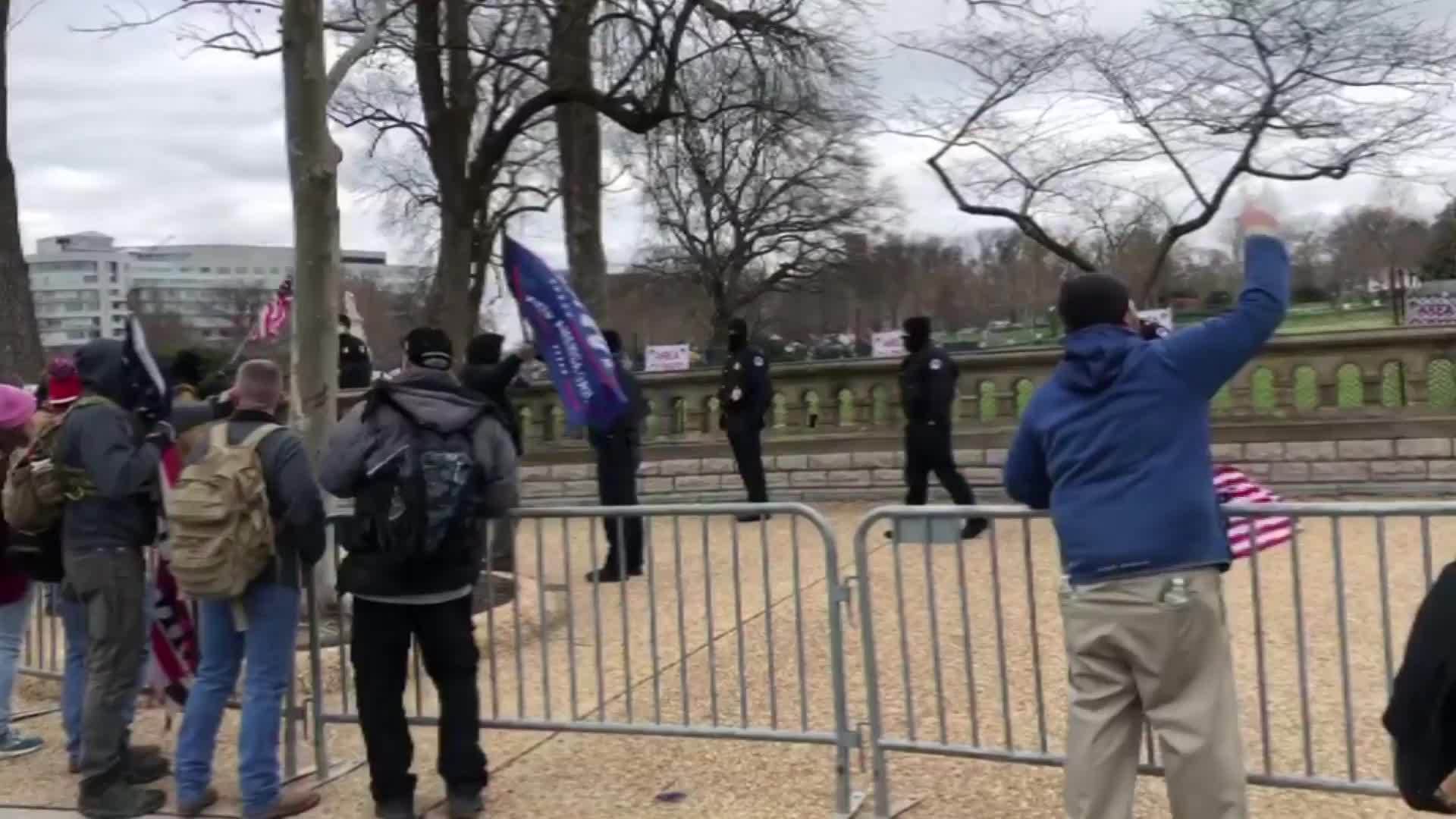 After Donald Trump supporters were gathering behind barriers protecting the US Capitol building on Wednesday, a large group of supporters pushed through the barriers before storming Congress.

Once they were through, intense clashes broke out inside the US Capitol building in Washington DC on Wednesday after security forces tried to push back supporters of President Donald Trump who had stormed the building.

The storming of the Capitol came after supporters of Trump had gathered for another round of the ‘Save America’ rally to protest the results of the 2020 US Presidential Election.

The counting had to be stopped after protesters stormed the floor of the Congress.