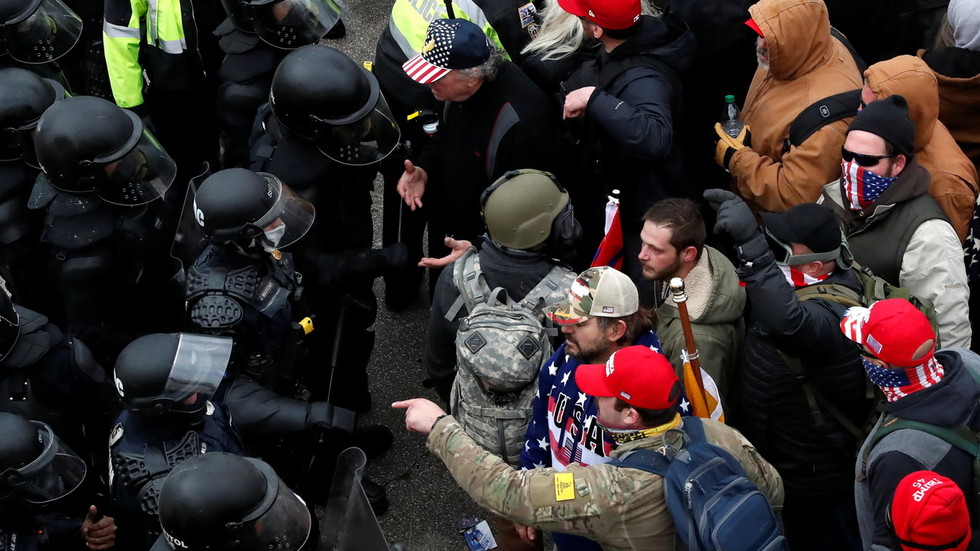 MSNBC’s Joe Scarborough, who once counted himself as a close confidant of Donald Trump, made an impassioned and profanity-laced speech on his show calling for the president’s arrest and implying racism in the Capitol Police.

After showing a clip of instances of violence from the US Capitol on Wednesday set to the tune of Johnny Cash’s rendition of ‘Hurt’, ‘Morning Joe’ host Joe Scarborough went right into his attacks.

Many liberal pundits have implied racism among the Capitol Police after Wednesday’s events. Though four people died in the chaos, many, like Scarborough, have suggested the protesters would have been treated differently had they been made up of mostly minorities.

Scarborough eventually got so worked up into a frenzy, he dropped an f-bomb on live television.

“So, I want to know, from Capitol Hill police, is it just white people, or just Donald Trump supporters? Why do you scream at people for walking three blocks from the Capitol? Why are you known as bad*sses around the Capitol, but then Trump supporters come in and you open the f**king doors for them. You let them breach the people’s house,” he said, screaming. There are videos on social media that have gained widespread attention as they appear to show police offering little resistance to protesters making their way past barricades.

Scarborough went on to call for the arrest of President Donald Trump, his lawyer Rudy Giuliani, and eldest son Donald Trump Jr., all of whom spoke at the Save America rally leading up to the Capitol being breached.

If the three men, along with every person who invaded the Capitol, are not arrested for insurrection, Scarborough said, “then we are no longer a nation of laws and we only tell people they can do this again.”

The MSNBC host’s fiery speech appeared to hit the right tone for Trump critics on social media, who got Scarborough’s name trending not only for his dropping of profanity, but also his attacks on Capitol Police, with a number of users even suggesting some law enforcement may have gone easy because they also support the president.

“‘You opened the f**king door for them.’ He’s 100% right – the video backs that up. I have no doubt many of the police are Trump supporters. We need to purge MAGA supremacists from our police forces nationwide!” radio host Dean Obeidallah tweeted.

I am so grateful that @JoeNBC on Morning Joe is SCREAMING right now, screaming about how horrible it is that the police at the Capitol building allowed yesterday to happen, and how different it would have been if these crowds had been black or Muslim.His rage is all of our rage.