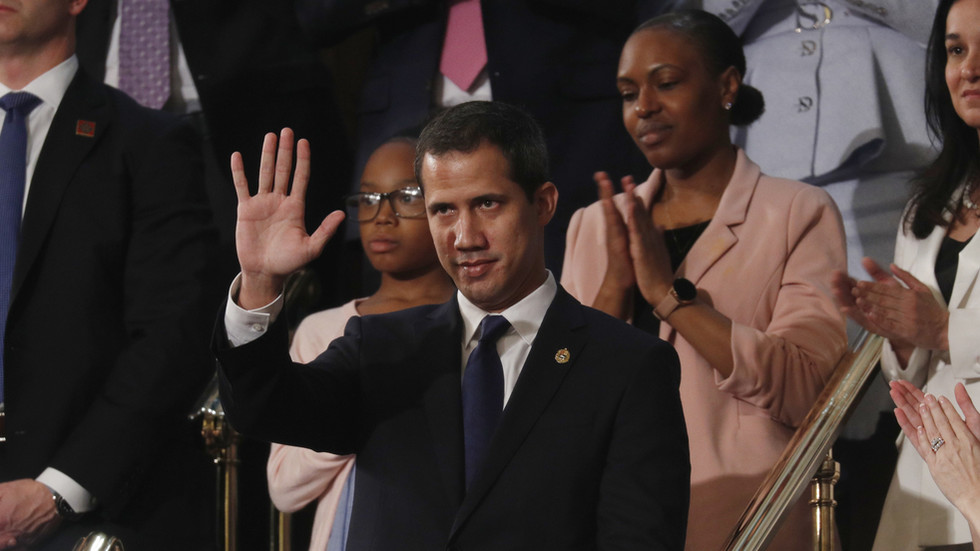 A long list of world presidents and prime ministers condemning the invasion of pro-Trump protesters into the US Capitol building compiled by Twitter for some reason includes Venezuela’s Juan Guaido.

Guaido’s bid for presidency in Venezuela was launched two years ago with patronage from the Trump administration. The rationale was that he got elected president of the Venezuelan National Assembly and was supposed to take the reins after the “illegitimate” reelection of President Nicolas Maduro. However, in two years he has failed to take power in Caracas, so calling him a ‘world leader’ seems a bit of a stretch.

The EU notably distanced itself from Guaido this week, calling him merely one of the representatives comprising the “outgoing National Assembly elected in 2015,” rather than acting president. The Biden transition team reportedly refused to answer his phone calls.

Also on rt.com EU backs away from Venezuela’s Guaido, joining US president-elect to suggest opposition leader is done

Guaido may not be the best person to judge political violence. He and his supporters have staged a handful of unsuccessful coups in Venezuela over the past two years. At one point, he attempted to take over a military base in Caracas with the help of a few dozen soldiers. And even before entering the global stage with his bid, he played a significant role in violent right-wing anti-government protests.

He is also no stranger to invading legislatures. Almost exactly a year ago, he dramatically tried to climb over a fence surrounding the Venezuelan parliament on the day MPs elected politician Luis Parra to replace Guaido as its head. Critics say it was merely a PR stunt, considering that footage shot earlier in the day showed Guaido freely entering the building.

So Guaido’s presence on the Twitter list may raise some eyebrows. Then again, Twitter’s definition of a world leader may not be restricted to people leading a nation. The same compilation of posts includes one by Geert Wilders, the controversial Dutch businessman and politician who leads the opposition right-wing Party for Freedom.

The vocal opponent of the “Islamization of Europe” may be branded as a fascist by some of his critics, but he is an established part of Dutch politics. His party holds seats in both chambers of the Dutch parliament and has a representative in the European Parliament. This arguably makes his opinion more justified than that of Guaido.