Beijing likens Capitol storming to Hong Kong protests, hopes US can enjoy ‘peace, stability and security as soon as possible’ 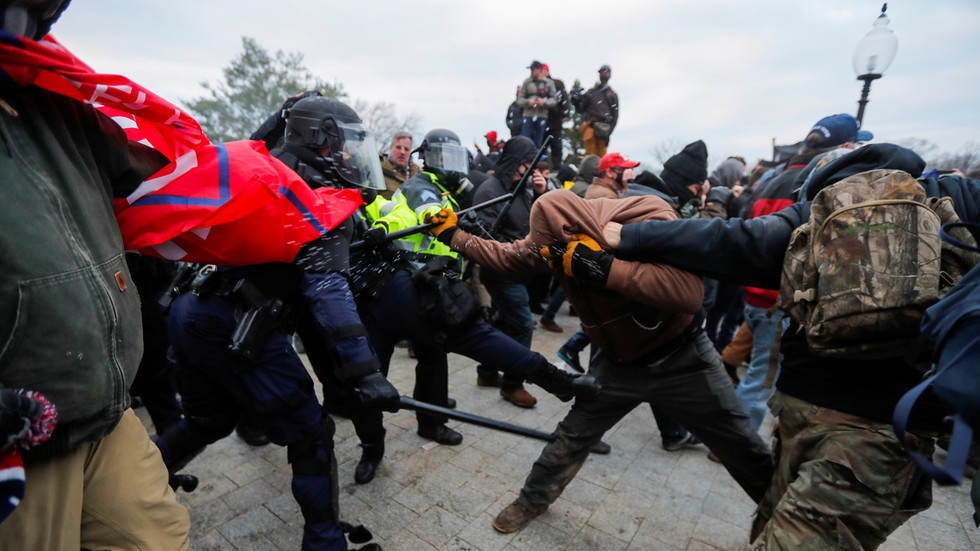 The Chinese Foreign Ministry has branded the “thugs, extremists and villains” who stormed the US Capitol Building on Wednesday a “disgrace,” adding that Beijing hopes Americans can experience stability in the near future.

Speaking on Thursday during a regular press briefing, Foreign Ministry spokeswoman Hua Chunying blasted the “thugs” involved in the violence on Capitol Hill in Washington, DC, and likened the unrest to the Hong Kong protests.

“Some people in the US reacted and used very different words to what happened in Hong Kong in 2019 and what is happening in the US today. This sharp contrast and the reasons behind it are thought-provoking,” Hua noted.

The spokeswoman also took to Twitter, posting a video reminding people of the protests which swept across the former British colony of Hong Kong two years ago.

The US and its Western partners have been critical of Beijing’s increasing influence over Hong Kong, and they have angered the Chinese government by supporting various protest movements in the Special Administrative Region.

The events of Wednesday, when supporters of outgoing US President Donald Trump breached the Capitol Building and staged an occupation, have been widely condemned around the world.

On Thursday, Trump promised “an orderly transition” to the administration of his successor Joe Biden, after US Congress certified the Democrat’s election victory.