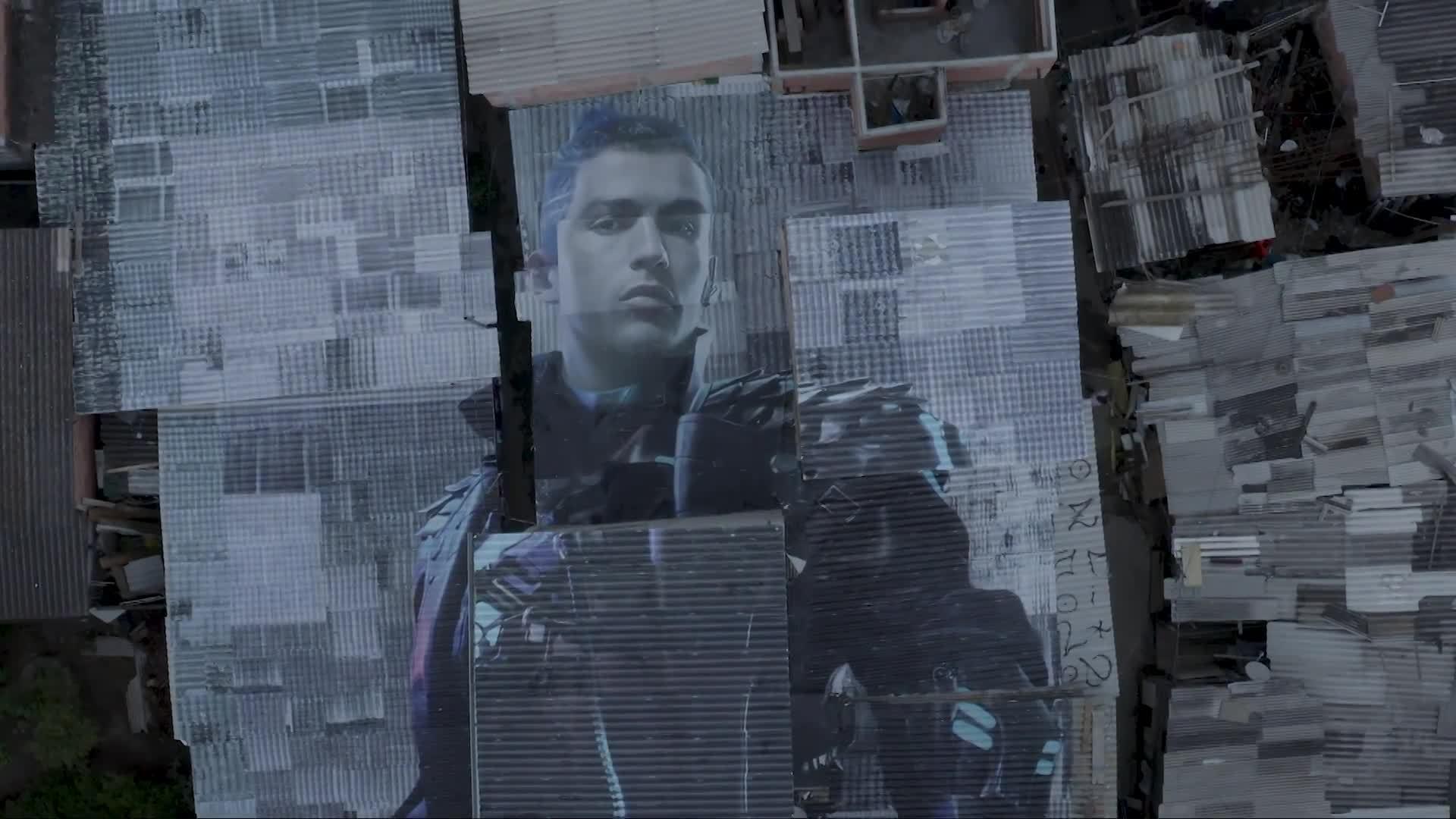 Artists Luan Cardoso and Marcio Souza have created a mural of Cristiano Ronaldo’s character from the Free Fire game, using 76 roofs on over 54 houses in favela do Jardim Peri Alto, Sao Paolo. The huge piece of art and surrounding residential area was captured by drone footage on Tuesday.

The project, which took over a month to complete, serves more than just one purpose, with the artists having repaired the dilapidated roofs on which they were working. This makes the work all the more worthwhile for the creators. “A man came saying for years he had to use buckets, and this is the first time in 10 years he didn’t have to. That’s refreshing, it’s good work,” said Marcio Souza.

The work was anything but easy, with Luan Cardoso saying “it required concentration and was testing.” But in the end, he said, it was “a positive impact on people’s lives through art.”

Luan Cardoso has done similar projects in the past, including a mural in the same favela depicting footballer Gabriel Jesus.