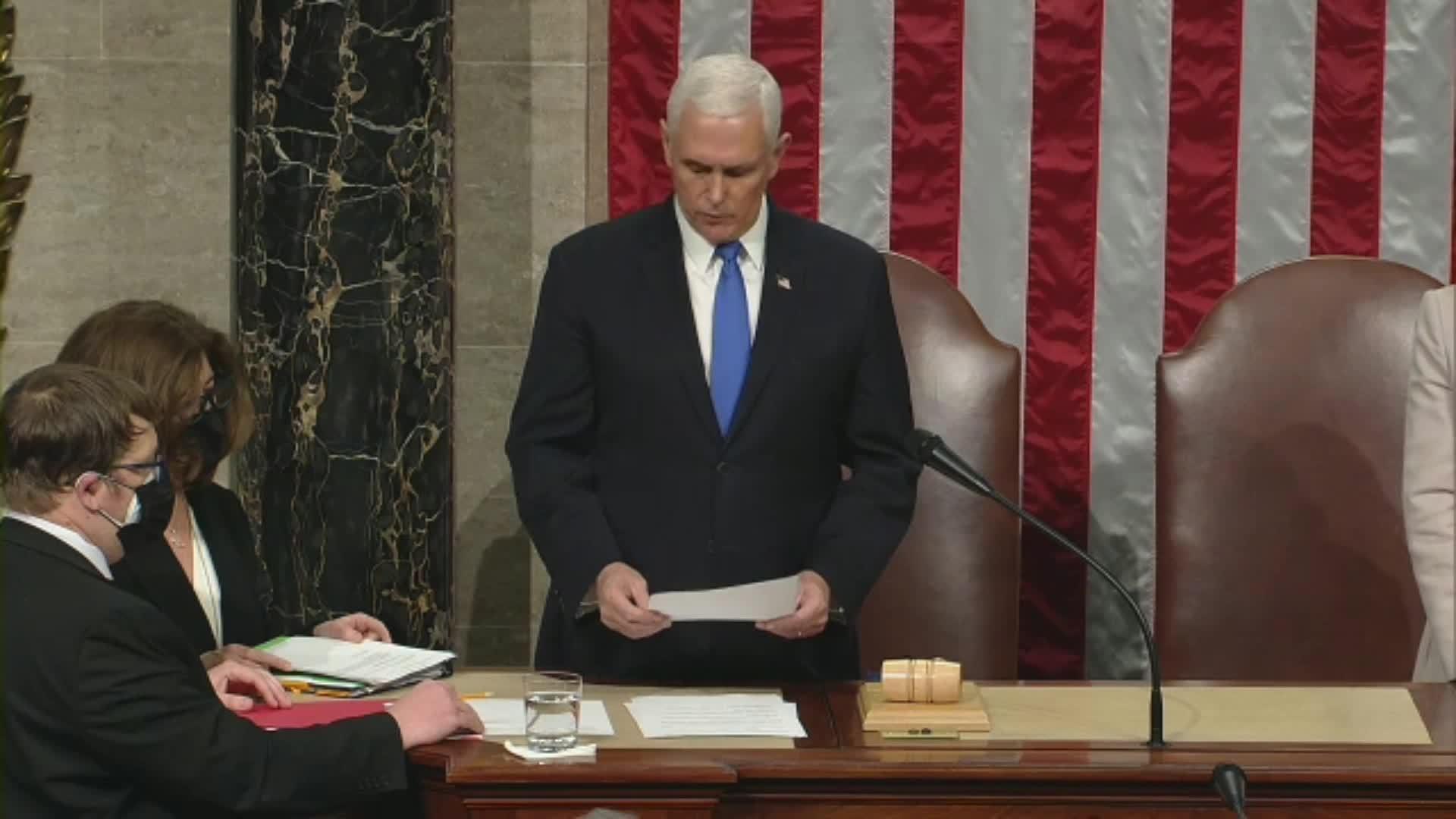 Outgoing US Vice-President Mike Pence declared Joe Biden and Kamala Harris President and Vice President of the United States, following the official certification of the vote by Congress in Washington DC in the early hours of Thursday.

The ceremony resumed after security forces evicted Trump supporters who stormed the US Capitol on Wednesday.

Biden and Harris who both received 306 votes from the electors are set to be inaugurated at a ceremony in the Capitol on January 20.