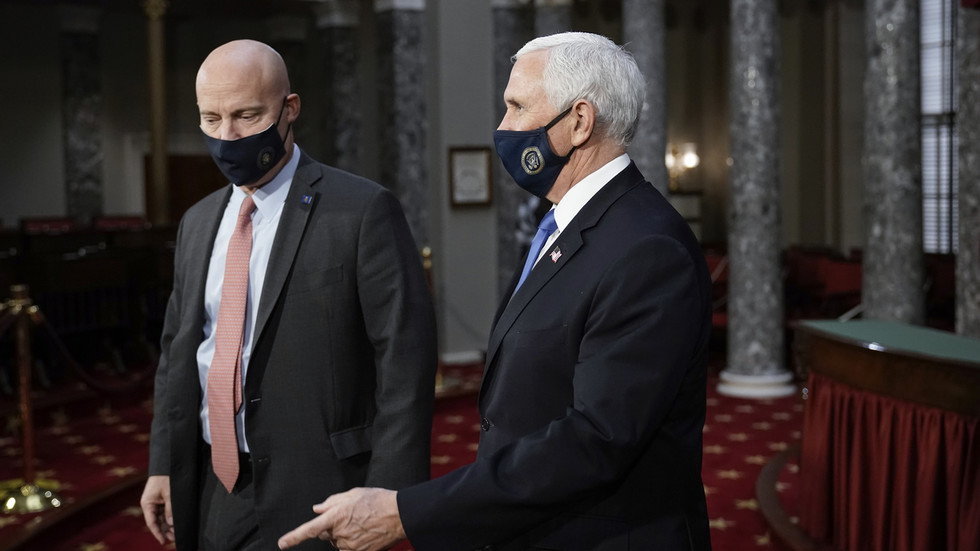 Vice President Mike Pence’s chief of staff, Marc Short, has reportedly been barred from entering the White House. President Trump heavily criticized the VP for deciding not to interfere in the confirmation of Biden’s victory.

White House reporter for RealClearPolitics Philip Wegmann quoted Short as saying Trump was “blaming me for advice to VP.”

Wegmann tweeted that Short confirmed to him that “he is not allowed back on White House grounds.”

CONFIRMED: Short tells me he is not allowed back on White House grounds: “He’s blaming me for advice to VP.” https://t.co/EnfYIidVMF

Bloomberg earlier cited sources saying that Trump had instructed aides on Wednesday not to allow Short into the White House because he was angry at Pence’s refusal to block the certification of Joe Biden’s presidential election win by Congress. One source also told Bloomberg that Short and Trump do not trust each other.

Trump tweeted that Pence did not “have the courage” to block the certification and urged him to do “the right thing” at a rally before the joint session of Congress. Trump repeated the claim that the election was rigged against him.

The certification process has been delayed by objections from a group of Trump loyalists in Congress, and was briefly disrupted when a crowd of Trump supporters broke into the Capitol building on Wednesday afternoon.

Also on rt.com DC mayor extends emergency order until after Inauguration Day as police confirm 4 fatalities amid US Capitol unrest