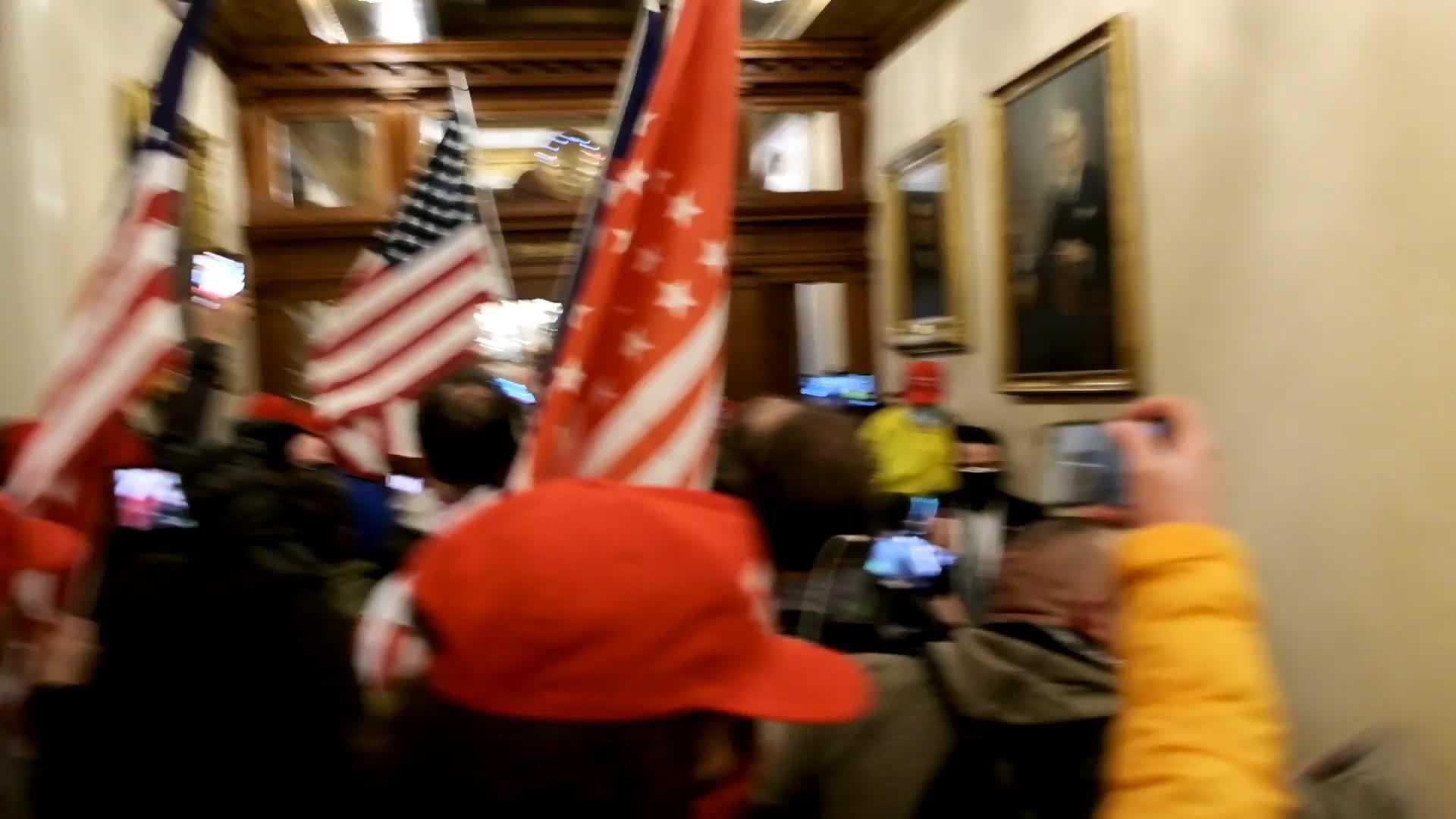 Footage has emerged of the Trump supporter shot dead by Washington DC Capitol police on Wednesday.

The shot can be heard, before the woman can be seen lying in a floor, bleeding from the chest, as law enforcement tends to her.

Washington DC police later confirmed she was pronounced dead at a local hospital.

Scenes of utter destruction and chaos emerged from the US Washington DC Capitol after supporters of US President Donald Trump descended on Congress following a ‘Save America march.’

The protest took place on the same day the US Congress was formally certifying the electoral college votes, confirming Joe Biden as the next President of the United States.

Supporters stormed the Capitol, clashing violently with law enforcement before the national guard was mobilised. Several arrests were made and one woman was confirmed dead by DC police after having been shot inside the Capitol.