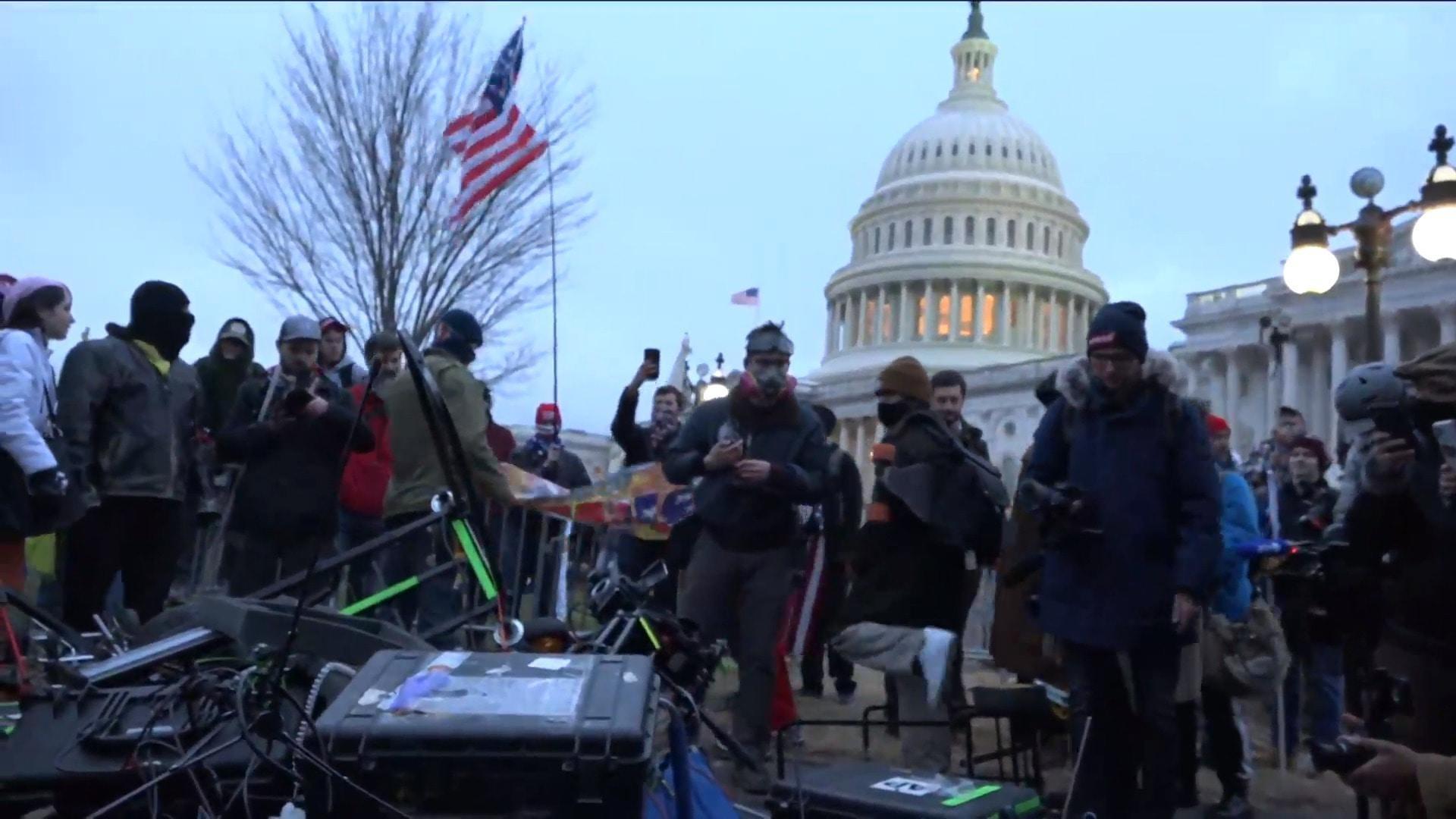 Crowds of Trump supporters broke into the United States Capitol, in Washington DC, on Wednesday, as both chambers of congress were holding a joint session to certify the results of the presidential election.

Broken glass and other damage could be seen at the legislature, while several protesters were seen attacking and setting fire to equipment from Associated Press journalists.

One supporter said she had brought her 14-year-old-son to learn “a lesson on how to keep a republic.”

Supporters of Trump stormed the Capitol, clashing violently with law enforcement before the national guard was mobilised.

The chaos occurred as US Congress was formally certifying the electoral college votes, confirming Joe Biden as the next President of the United States.