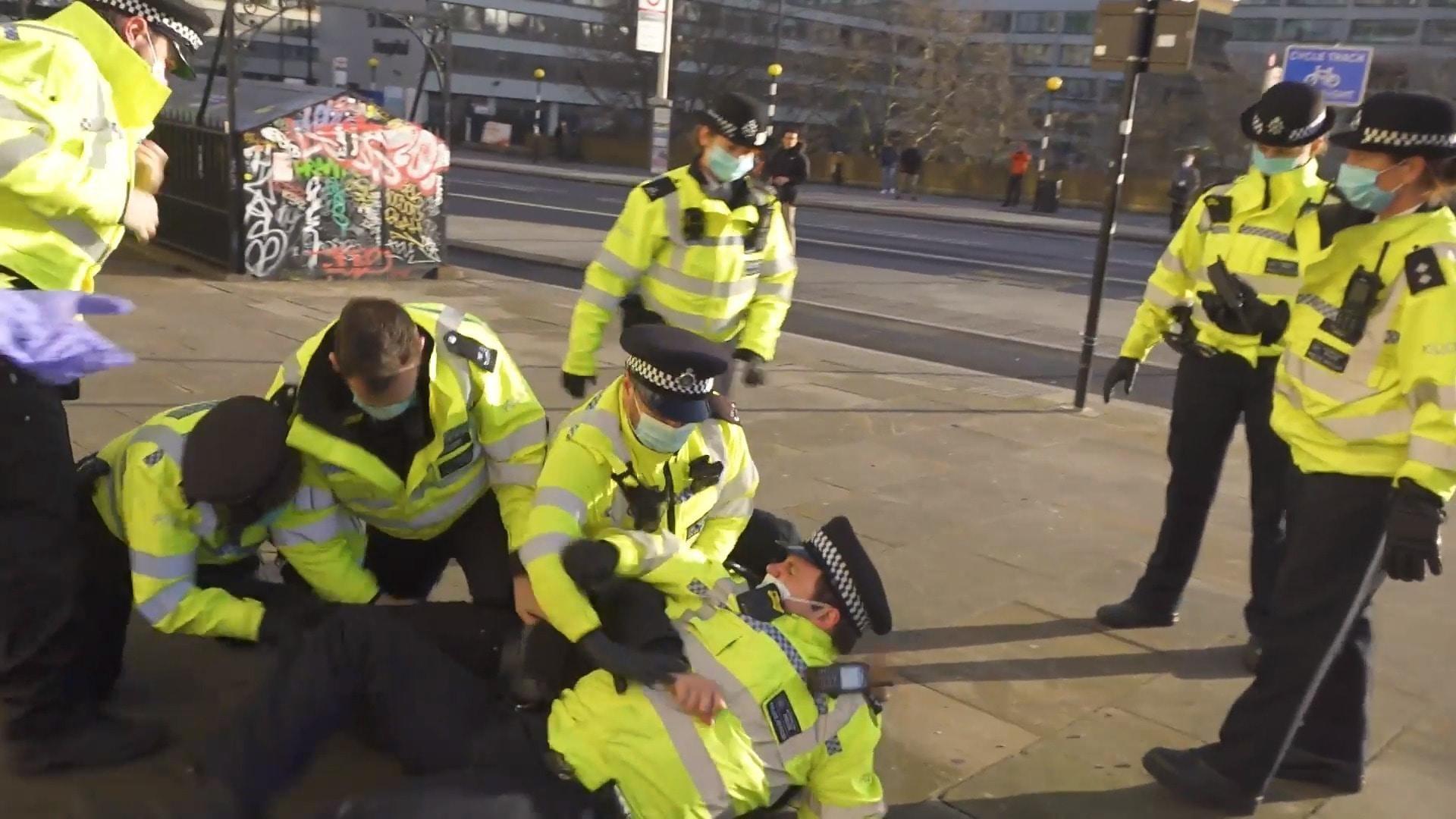 The police arrested 21 anti-lockdown protesters on Wednesday, in London, amid a tightening of restrictions across the UK.

As soon as protesters gathered for the march, the police arrived and started making arrests in an attempt to disperse the illegal gathering.

Once dispersed, a small group continued on to Westminster Bridge where they were followed by police and told to keep moving and clear the bridge. More arrests continued to be made until the area was cleared.

“Don’t get me wrong. There is a virus going about, I’m not saying that. And every death is tragic. But we have the right to say whether we believe what their passing in parliament is correct. There was meant to be a demonstration here, we were moved on before we could even get there. It’s (a) shambles,” said one protester.

According to the latest measures, announced by UK Prime Minister Boris Johnson on Monday, people are allowed to leave homes only for permitted reasons. All essential shops, schools and colleges have been ordered to close, at least until February 22.

According to data compiled by Johns Hopkins University, the UK is the fifth worse affected country in the world, approaching three million confirmed cases and over 77,000 deaths with the virus.