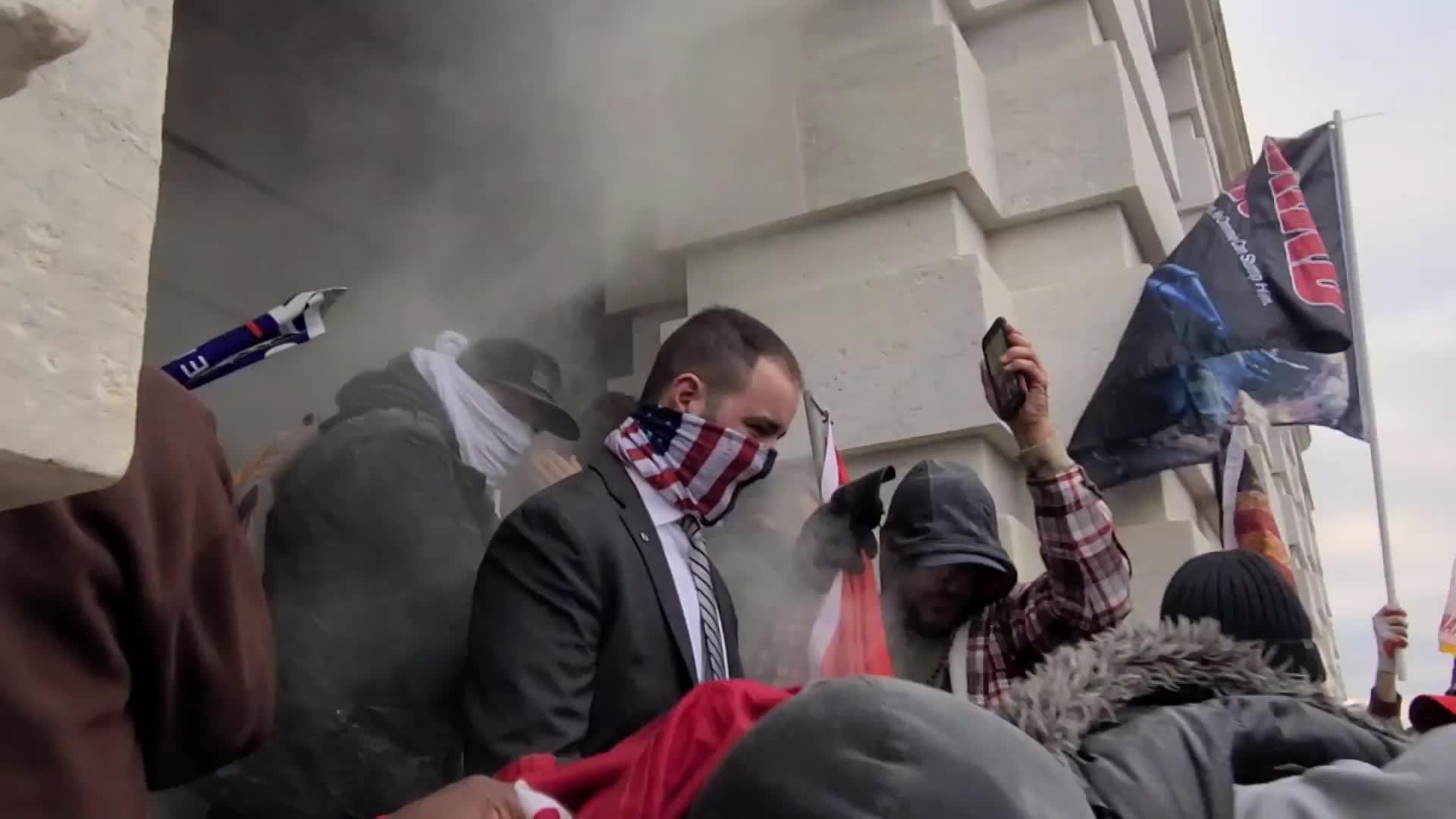 Scenes of utter destruction and chaos emerged from the US Washington DC Capitol on Wednesday after supporters of US President Donald Trump descended on Congress following a ‘Save America march.’

Protesters stormed the building, clashing violently with law enforcement before the national guard was mobilised.

Protesters emerging from the Capitol could be seen, as some appeared to have been affected by tear gas.

he protest was taking place on the same day the US Congress was formally certifying the electoral college votes, confirming Joe Biden as the next President of the United States. The counting had to be stopped after protesters stormed the floor of the Congress.