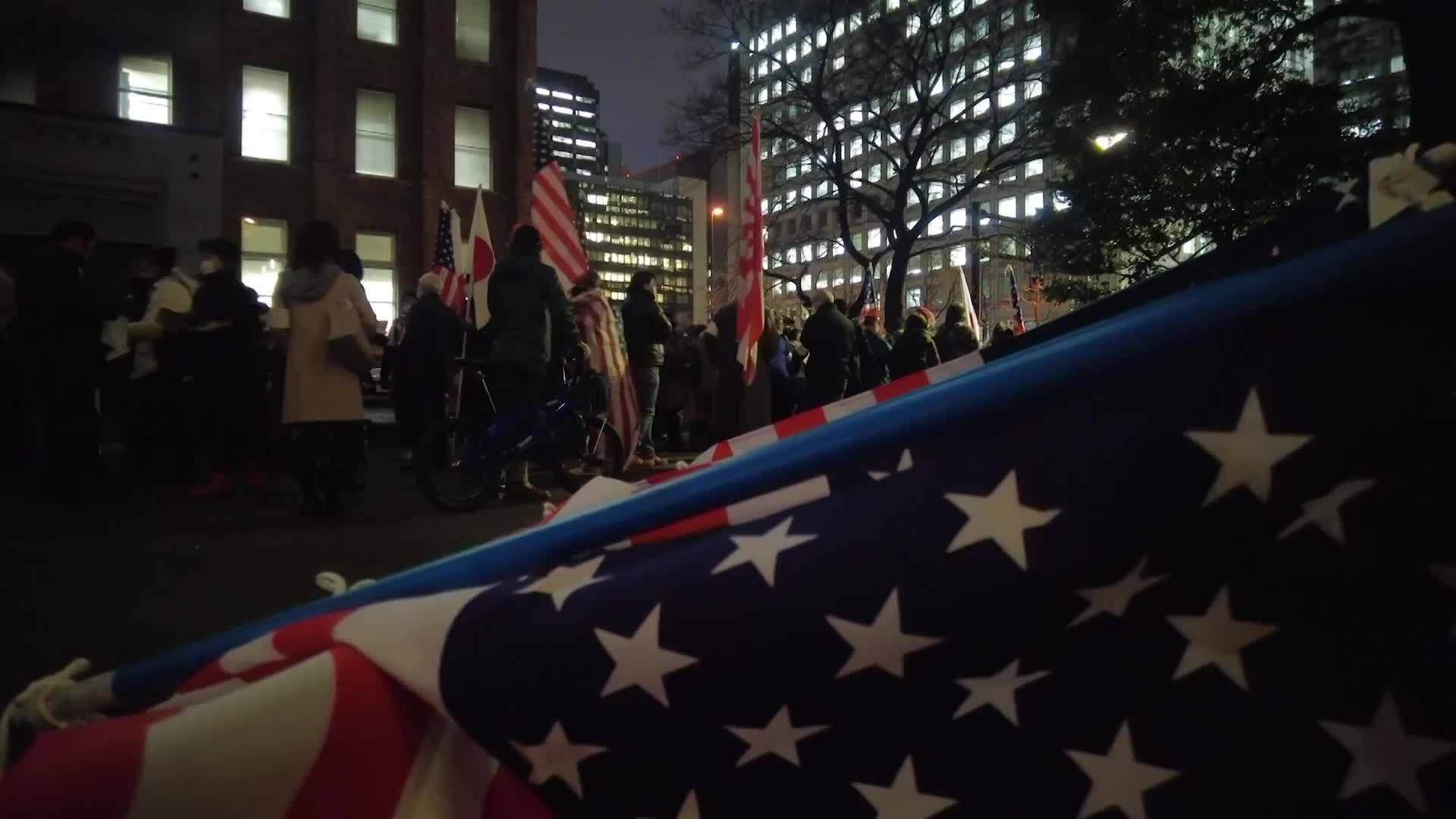 Hundreds rallied in support of US President Donald Trump in Tokyo, on Wednesday, protesting the US presidential elections results, which they say are fraudulent. They rally took place as the US Congress was gathering to certify the victory of President-elect Joe Biden – an event that was to be postponed as Trump protesters stormed the Capitol in opposition.

Masumi Yokuni, another demonstrator, said, “I think President Trump is the president who fights the ‘deep state,’ revealing what has happened behind the scenes and behind the politics of the world, without our knowledge. I’m supporting him because I think that his winning will be a big boost not only for the United States but also for Japan and the world.”

The incumbent president has said he won’t give up the White House to President-elect Joe Biden. Trump’s legal team launched a series of court cases to overturn the results after the official results called Biden as the president-elect, without providing compelling evidence.