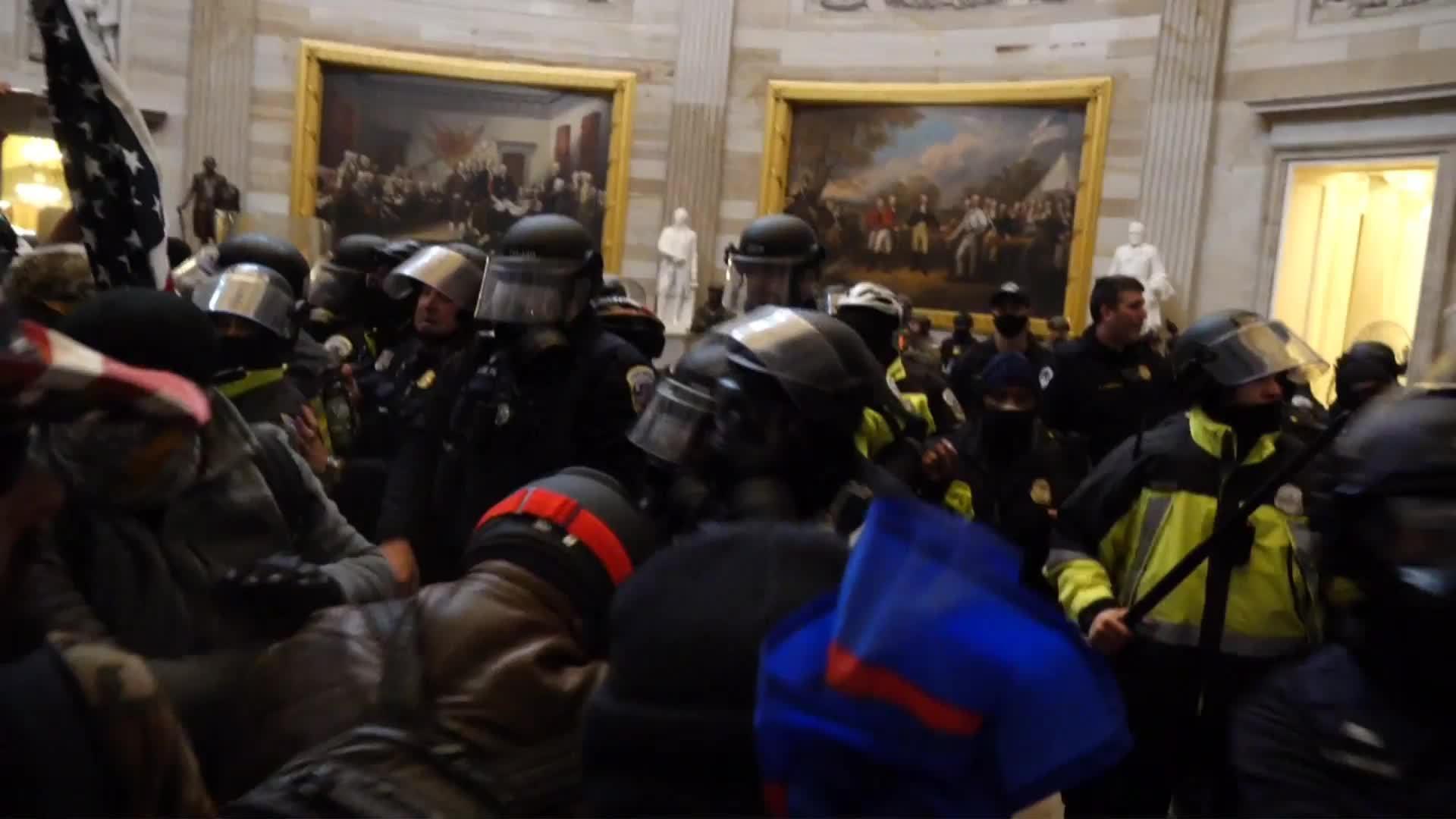 Scenes of utter destruction and chaos emerged from the US Washington DC Capitol on Wednesday after supporters of US President Donald Trump descended on Congress following a ‘Save America march.’

Protesters stormed the building, clashing violently with law enforcement before the national guard was mobilised.