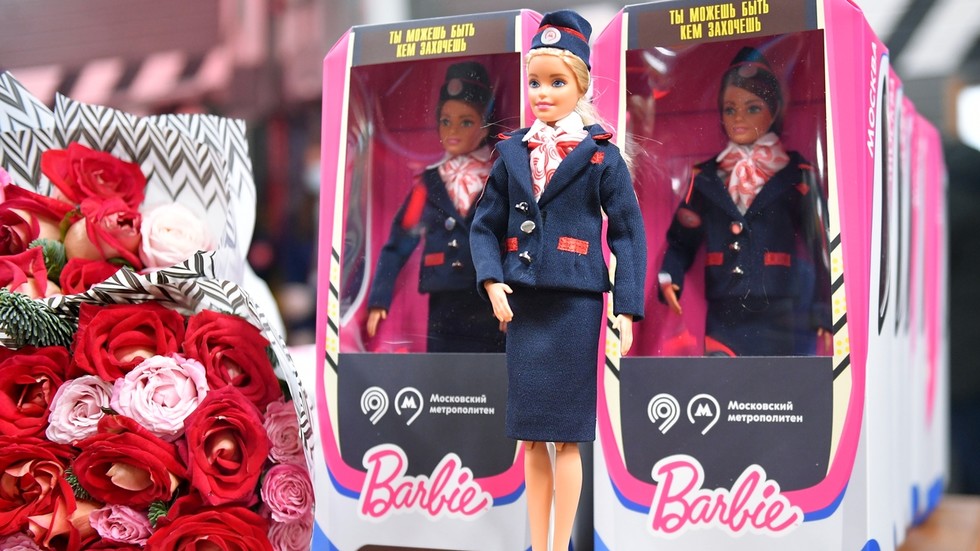 Women are once again behind the wheel on Moscow’s iconic underground trains, after a decades-old ban was reversed in the Russian capital. Now, the new drivers have a mascot – in the shape of a subway-operating Barbie figurine.

Metro chiefs said in a statement, issued this week, that the first women electric train drivers in modern history were ready to hit the tracks. One year prior, the country’s Ministry of Labor and Social Protection had axed a restriction from the year 2000 that ruled the job was too dangerous for the fairer sex. The network’s press service notes that it already ranks second in the world in terms of women employees, accounting for more than one in three workers.

Also on rt.com With Big Tech notoriously male-dominated have these Russian women cracked the algorithm of success in Silicon Valley?

To coincide with the move, metro-branded Barbie dolls have been specially commissioned, featuring the distinctive navy uniform of the new train operators. The slogan, emblazoned on the top of each box, read, “you can be what you want to be.”

The underground network, a showpiece of the Soviet Union’s public works program, is widely thought to have the most beautiful stations in the world. According to the official portal of the city administration, 2.5 billion passengers rode its rails in the past decade. As a result, it is frequently ranked as the second busiest system in the world, after Tokyo and above the likes of Shanghai, New York, Paris and London.