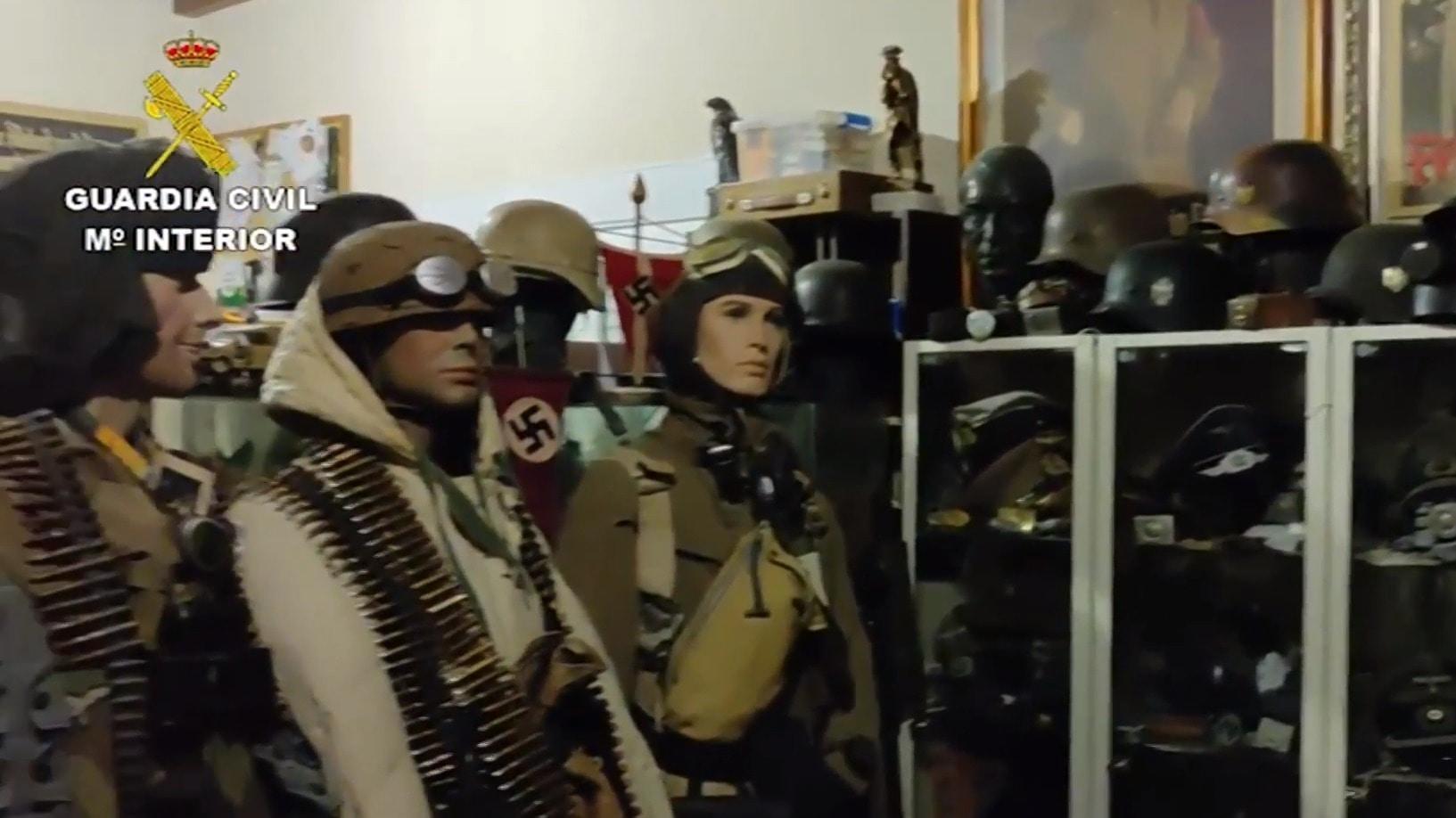 The Malaga Civil Guard unearthed a massive stash of Nazi memorabilia following a raid on alleged arms dealers in the province.

Images released on Tuesday by the Spanish authorities show a warehouse located in the town of Alahurin el Grande filled with objects linked to extreme right-wing groups and Nazi movements, including military uniforms, portraits of Adolf Hitler, flags and medals displayed as if in a museum.

The Civil Guard also seized more than 160 firearms and almost 10,000 bullets, as well as 1.5 kilos of explosives during their searches.  After a year of investigation, authorities have arrested two German and one British citizen for their alleged involvement in arms trafficking on the Costa del Sol and Campo de Gibraltar.

According to the Civil Guard, the criminal organisation acquired weapons in Eastern European countries which they then handled in a clandestine workshop in order to sell to drug traffickers in southern Spain.