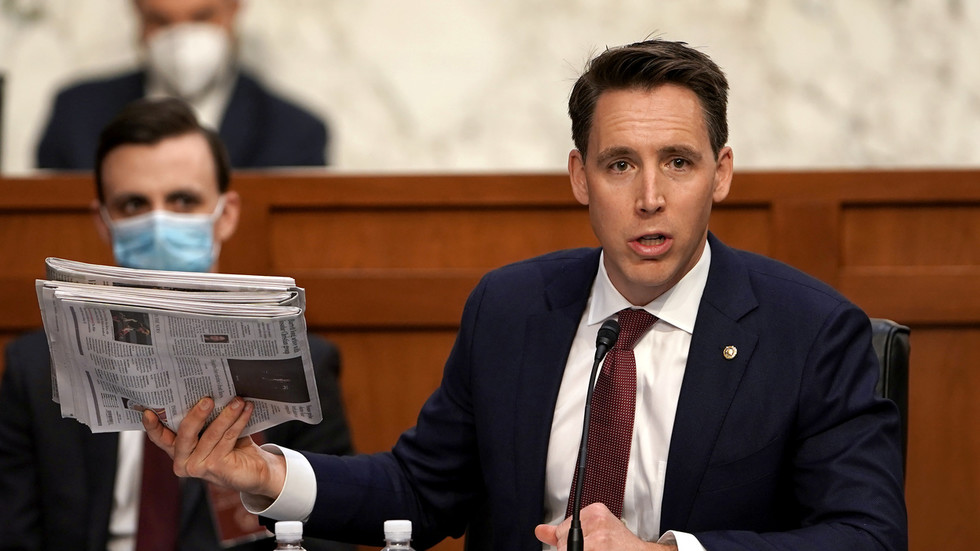 Sen. Josh Hawley (R-Missouri) is being accused by Biden supporters of “threatening” democracy with his newly-announced plan to object on January 6 to the certification of the Electoral College’s vote.

“I cannot vote to certify the electoral college results on January 6 without raising the fact that some states, particularly Pennsylvania, failed to follow their own state election laws,” Hawley said in a Wednesday statement.

President Donald Trump and his legal team continue to accuse states like Pennsylvania of voter fraud, especially when it comes to their processes for mail-in ballots.

Also on rt.com Trump slams ‘weak and tired’ GOP leaders for having a ‘death wish’ in blocking $2000 stimulus

Hawley also blasted social media companies like Twitter and Facebook for trying to sway the election in Biden’s favor, likely referencing the controversial move by the platforms to suppress the sharing of a New York Post story claiming to reveal compromising material taken from a laptop allegedly belonging to Joe Biden’s son, Hunter.

The data released by the Post weeks before the election included correspondence that implied the former vice president was involved in his son’s foreign business dealings, something he has long denied.

“At the very least, Congress should investigate allegations of voter fraud and adopt measures to secure the integrity of our elections. But Congress has so far failed to act,” Hawley said.

Hawley’s decision follows a group of House conservatives pledging to object to Congress’ certification of the president vote in January. He is the first senator to back the effort, giving the Trump supporters more weight in their potential longshot plans as they can now force a debate on certain state’s results by having both members of the House and Senate objecting.

Hawley’s announcement has led to a wave of criticism from liberals, who claim he is threatening democracy by demanding a congressional investigation into allegations of voter fraud, while others saw the announcement as a way for Hawley to give a slight boost to his 2024 chances.

“Josh Hawley is an enemy of democracy, and now he’s going to force every one of his colleagues to go on record as to whether they are as well,” liberal activist Jon Favreau tweeted.

It was always just a question as to which one of the 2024 hopefuls was going to be first to sign up in any way for the president’s campaign to undermine confidence in the election and overturn the results. Cruz said he would argue the Tx AG case in SCOTUS, and here’s Hawley. https://t.co/32MYBUnJ0h