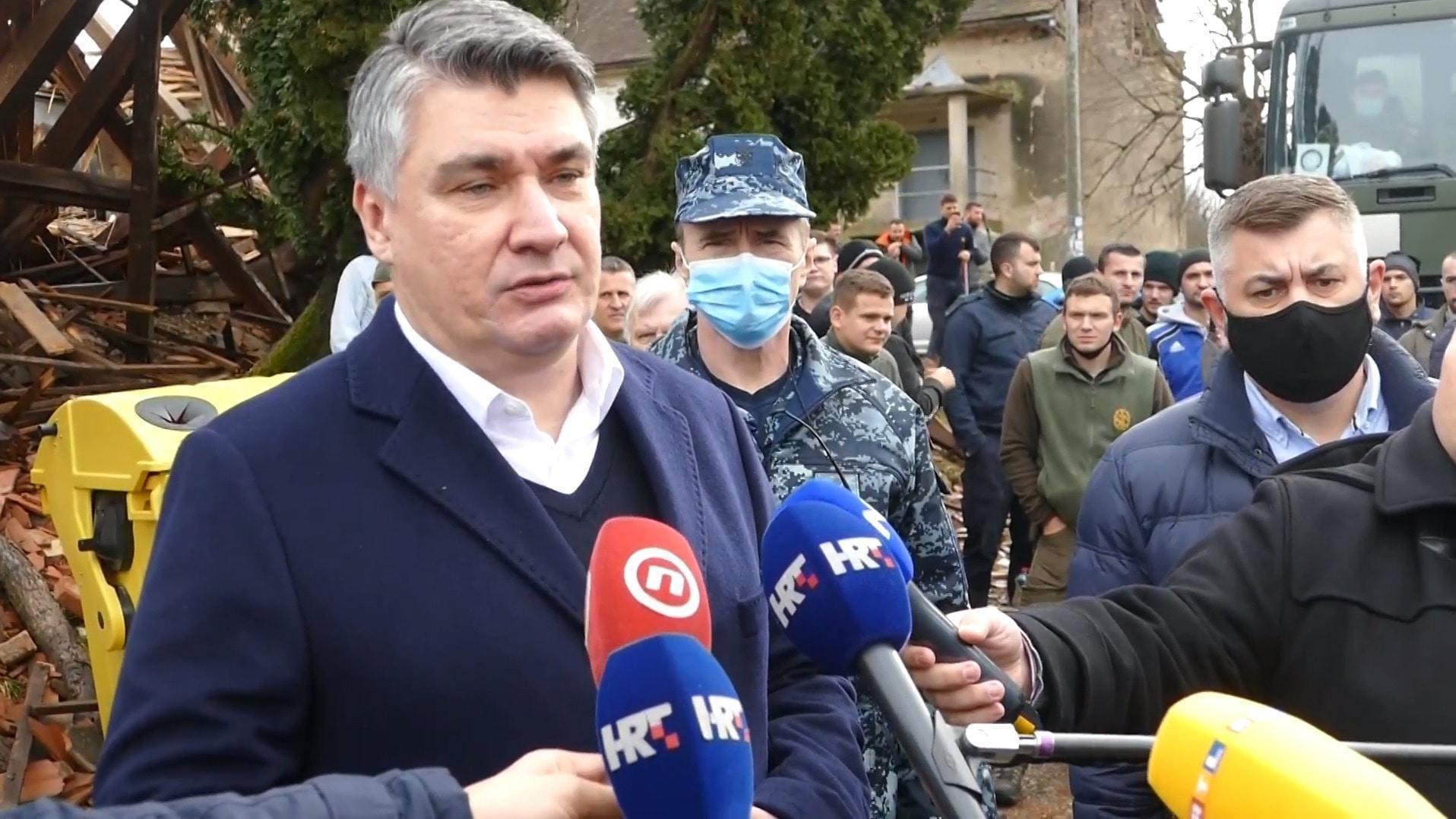 Croatian President Zoran Milanovic visited Majske Poljane on Wednesday – a village where five people were killed in a devastating earthquake the day before. He spoke as the clean-up operation got under way in the area.

“A big thank you to everyone who helps, both to those whose its job is to do so and to those who volunteered,” said Milanovic.

Branka Baksic Mitic, the Mayor of nearby Glina which was also severely damaged by the earthquake said: “It is terrible, people who had their own houses, in two seconds were left without anything.”