Jonathan Pollard, who served 30 years in US for spying for Israel, given hero’s welcome by Netanyahu 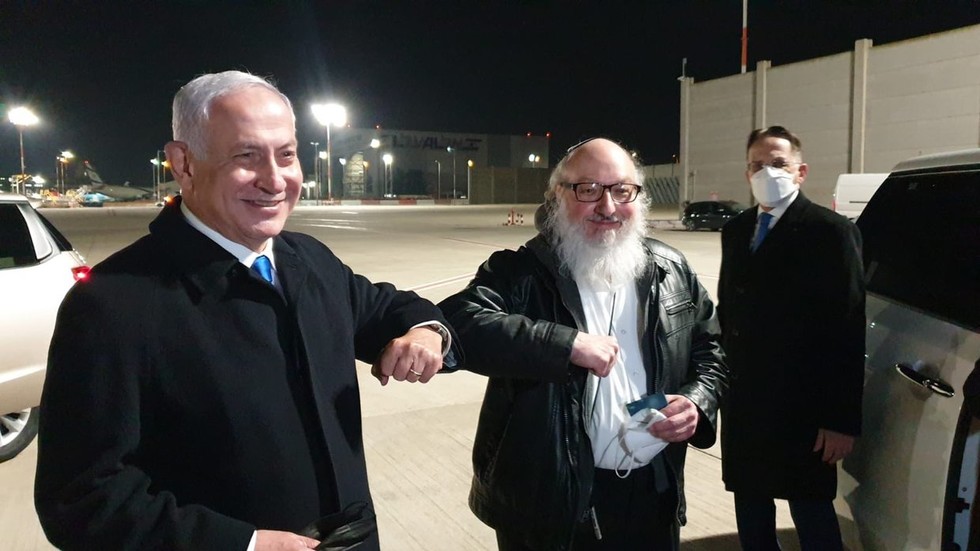 Pollard – who was given Israeli citizenship in 1995, before being released from prison in 2015 – arrived in Israel with his wife Esther Pollard on Wednesday after travel restrictions that stopped him from leaving the United States were lifted.

Upon their arrival in Israel, Pollard and his wife lowered onto their hands and knees and kissed the ground, before being greeted by Netanyahu and presented with identity cards. Pollard and Netanyahu then engaged in a coronavirus guidance-friendly elbow bump, with Netanyahu telling the ex-spy who was born in Texas, “You’re home.”

Prime Minister Benjamin Netanyahu welcomed Jonathan and Esther Pollard upon their arrival in Israel, early this morning. The Prime Minister was moved to meet them on the tarmac next to the plane where they recited the Shehecheyanu blessing together.https://t.co/jfZ4WseH3gpic.twitter.com/6Xno3yJPdY

Pollard served 30 years in prison for selling top secret US government documents to Israel, and the incident caused a riff in US-Israeli relations for decades.

“We are ecstatic to be home at last after 35 years and we thank the people and the prime minister of Israel for bringing us home,” Pollard declared on Wednesday. “No one could be prouder of this country or this leader than we are.”

The former spy also said that he and his wife “hope to become productive citizens as soon and as quickly as possible and to get on with our lives here,” calling Israel “a wonderful country” with “a tremendous future.”

“It is the future of the Jewish people and we’re not going anywhere,” Pollard proclaimed.

AP reported that the plane used to transport Pollard to Israel belongs to billionaire and top Republican Party and Donald Trump donor Sheldon Adelson, who was a vocal supporter for Pollard’s release. Photographs taken on the plane showed Pollard and his wife in coronavirus face masks.

Several journalists and former intelligence officials criticized Pollard’s warm welcome in Israel, calling him a traitor who was motivated by greed.

Worth reading the chapter on Pollard in Melman and Ravid’s “Every Spy a Prince.” They describe the man kissing the tarmac as someone who was motivated by avarice. He caused enormous harm to actual human beings, and he did it for money. He is a traitor and a bad person. Not a hero

There is no redeeming “Israeli patriot” motive for Pollard’s treason. It is well-documented he did it for the money. Tried to sell secrets to other countries, too. Got the wife a fur coat. Disgusting on every level including Israel’s embrace of his acts.

“I’ll never understand this. Pollard was a traitor. You can believe that his sentence was harsh and that he served his time. But he is no hero. And it’s embarrassing that he is treated like one,” protested Politico senior national correspondent Bryan Bender.

“Just to be clear, Pollard an American was spying on behalf of Israel, an ally and recipient of tons of financial aid from America. And they are now celebrating this traitor. How Trumpian,”added former FBI agent Joe Navarro.

Also on rt.com ‘Complete fabrication!’ Has Israel been caught spying on the White House AGAIN?