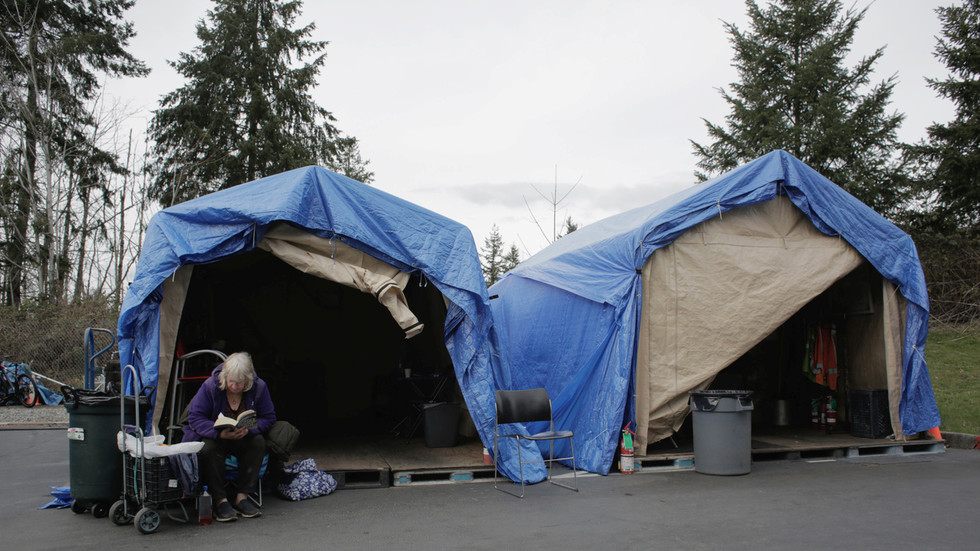 More than a dozen homeless people are refusing to leave a Washington hotel, with an advocacy organization paying for one night for the group and now forwarding the bill to local officials.

Tacoma Housing Now (THN) began their ongoing demonstration by paying for rooms on Christmas Eve for a group of local homeless citizens. Since then, however, no bills have been paid, and the homeless continue to occupy the Travelodge Hotel in Fife.

Owner Shawn Randhawa says the protest is affecting his business – he currently has no reservations – but he mostly blames city officials for not stepping in.

“There are enough empty buildings in Tacoma,” THN spokesperson Rebecca Parson said of the occupation, according to a local Fox affiliate. “The city’s not using them and all of these people [are] on the streets.”

Local authorities are reportedly seeking alternative shelter for the homeless, but they are making no efforts to physically remove them. Randhawa says police refused to actually remove the demonstrators.

The city of Fife issued a press release on Wednesday, providing alternative location recommendations for the homeless in the hotel.

Part of the ongoing negotiations between the city and the protesters was an offer for “10 tiny homes” to be used by the homeless seeking shelter. THN publicly slapped down this idea.

The offer of 10 tiny homes is insufficient. Apparently the city just doesn’t believe us when we say have 43 people here. Plus, most of our residents don’t qualify for the tiny homes because they’re not couples, single women, or families with children.

Complicating the demonstration is the fact that both a hotel occupant and an organizer for THN have both tested positive for Covid-19. The group has demanded everyone within the hotel receive Covid tests and results before leaving the building.

The organization says the city of Fife has “blood on its hands” if the demonstrators are evicted “onto the freezing streets with no long-term housing.”

If Fife evicts us onto the freezing streets with no long-term housing, the resulting deaths of exposure and Covid will be blood on their hands.