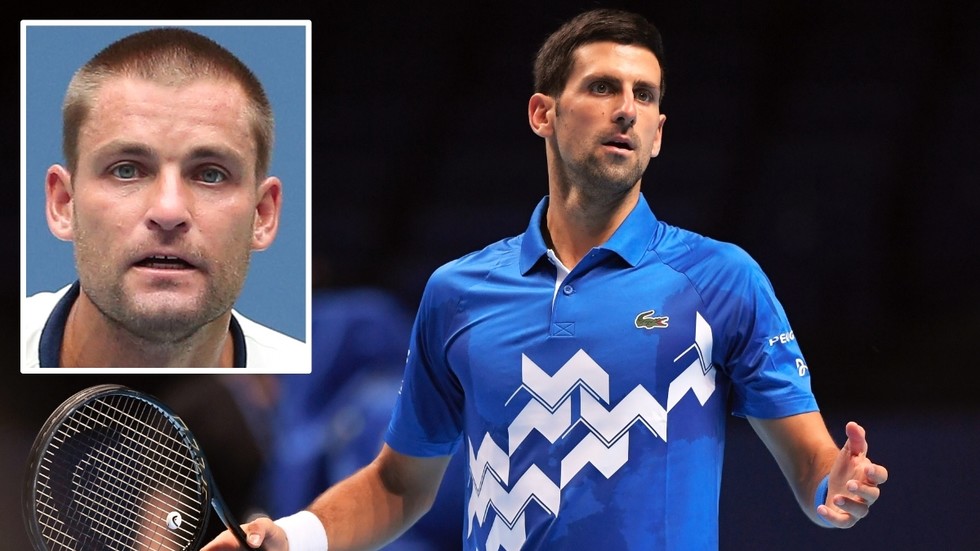 Former Russian tennis star Mikhail Youzhny has offered his take on Novak Djokovic’s turbulent year, and accused the Serbian of “tanking” a late-season match knowing that his world No. 1 status was assured.

In an interview with Championat, Youzhny recapped Djokovic’s year, said the world No. 1 was “not himself” during the most tumultuous period of a rollercoaster 2020 for the Serbian star, and even suggested that he tanked an end-of-season match against Lorenzo Sonego.

“Novak Djokovic really wanted to end the year [as the world No. 1] and secured all this already in Vienna,” Youzhny said, via translation.

“But when he achieved this, one might say, he played these two matches on his teeth, how he then played against Sonego. He just didn’t play this match anymore.”

Youzhny also said that the tension of 2020 got to Djokovic through the middle part of the year, culminating in the Serb’s out-of-character outburst at the US Open, where he struck out at a loose ball, which hit a female line judge.

Also on rt.com Tennis fans in shock as top-seed Novak Djokovic KICKED OUT of US Open after hitting judge with ball

It cost him the match and his participation in the tournament as the player, who had already come under fire for his ill-advised decision to go ahead with his controversial Adria Cup tournament during the pandemic, became the bad boy of world tennis for the second time in the space of a few months. He then followed up with angry rant at an official in Rome before breaking a racket in anger.

“Yes, you can say as long as you like that it was an accident, that the ball might not have hit,” Youzhny continued.

Also on rt.com ‘It’s not the last one I’ll break’: Angry Djokovic smashes racket at Italian Open just weeks after US Open disqualification

At the time, Djokovic tried to play down his angry moments, saying after the Rome incident, “Let me tell you that it is not the first nor will it be the last racket that I will break in my career. I did it in the past and I will probably do it again.

“I don’t want to do it [break the rackets], but when it happens, it happens. It’s the way I sometimes release my rage. And it sure isn’t the best message, particularly for the young players who watch me. I do not encourage them to do so at all.

“But we are people. There are times when I don’t [break rackets] and others when I do. It’s not predictable. I am working on a mental level as much as I work on a physical level. It has always been part of my training.”

However, despite his emotional outbursts and headline-grabbing missteps, Djokovic still finished the year on a high as the sport’s top player.

But while he admits he can’t guarantee a repeat of his 2020 outbursts, it seems certain that he’ll be hoping for an equally successful, if less stressful, year in 2021.

Also on rt.com ‘It’s been a strange year’: Novak Djokovic admits to ‘mixed emotions’ after claiming ATP’s world No. 1 crown for 2020