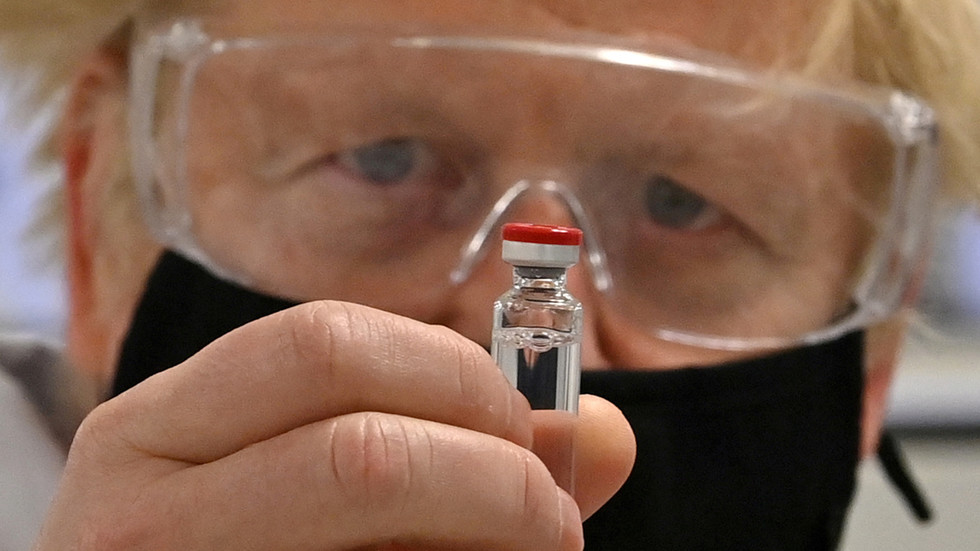 The UK’s four chief medical officers have backed a new inoculation strategy which will see people wait up to 12 weeks for their second dose, allowing others to get a potentially life-saving first jab as soon as stock is available.

Accompanying the approval of AstraZeneca’s Covid-19 vaccine was the news that the UK would radically shake up its inoculation programme, allowing medics to immunise more vulnerable people, at least partially, during the winter months.

In a joint statement, the four chief medical officers (CMOs) of the UK said that “prioritising the first doses of vaccine for as many people as possible on the priority list will protect the greatest number of at-risk people overall in the shortest possible time.”

It will have the greatest impact on reducing mortality, severe disease and hospitalisations, and in protecting the NHS and equivalent health services.

AstraZeneca’s vaccine is delivered in two doses, but trial data shows the efficacy of the jab to be around 70 percent 22 days after the first dose is delivered.

Under the new strategy, the second dose could be delayed by up to 12 weeks, allowing more people to be inoculated with the initial jab throughout January and February. The first AstraZeneca vaccinations are scheduled to start on January 4.

Also on rt.com AstraZeneca’s vaccine ‘should’ work on new Covid-19 strain says boss and promises up to 2mln doses a week

The move comes after a number of experts and public figures called on the government to accelerate the vaccination programme amid record levels of Covid-19 in the British population.

A recent study by the London School of Hygiene and Tropical Medicine (LSHTM) warned that the UK needs to increase its vaccination drive to two million doses per week – a tenfold jump – and maintain a Tier 4 lockdown across the country if it is to prevent a further surge in Covid-19 cases driven by the newer highly infectious strain.

Former UK PM Tony Blair has also called on the government to abandon its two-dose strategy and give as many people as possible a single dose to reduce hospitalisation and cut transmission in the winter months.