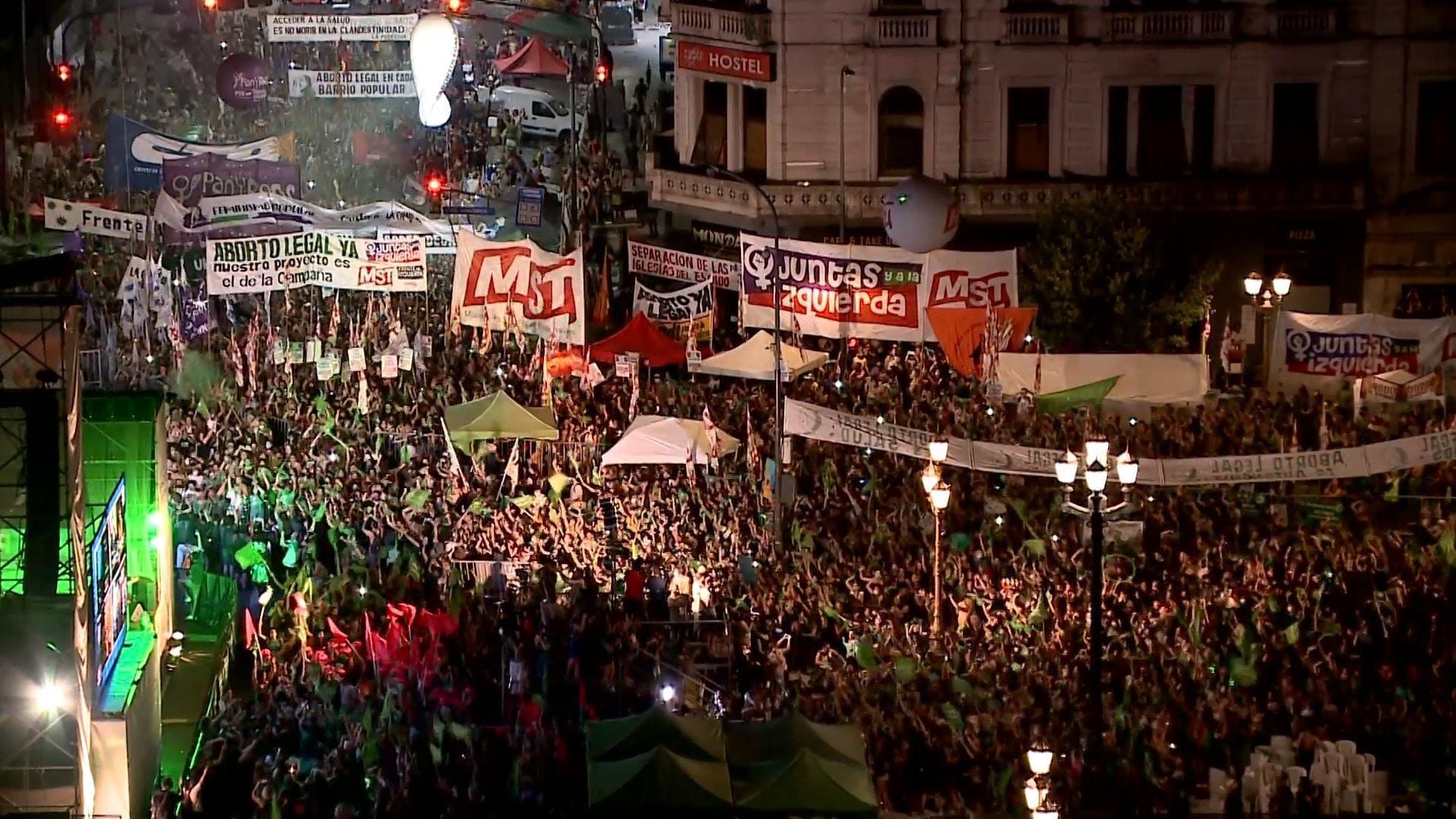 Thousands of pro-choice demonstrators took to the streets of Buenos Aires in the early hours of Wednesday to celebrate a historic decision by the Argentinian Senate legalising abortion.

“The greatest happiness, there are many years of struggle, of marches, of encounters, of afternoons shared with comrades in struggle, of facing repression, we achieved something that will remain for our daughters, for all generations to come,” said Susana Gomez, a pro-choice campaigner.

With 38 votes in favour, 29 against and one abstention the Senate’s decision makes abortions legal up to the 14th week of pregnancy.

Previously, abortions in Argentina were allowed only if the mother’s life was at risk or in a case of rape.

Earlier this month the bill was passed by the Argentinian Chamber of Deputies after receiving the support of President Alberto Fernandez.