‘Scotland will be back in EU after independence!’ says SNP leader, as party pledges to vote AGAINST Brexit deal 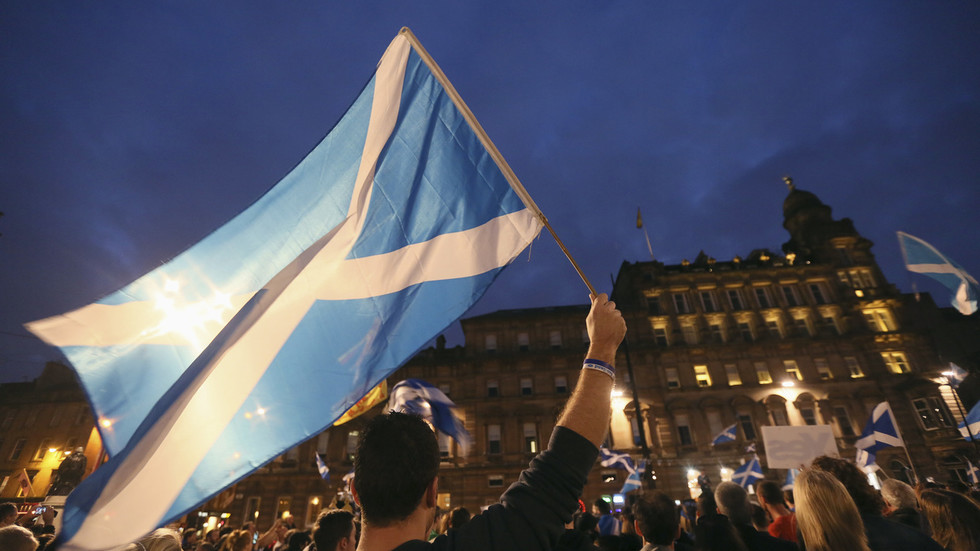 The leader of the Scottish National Party in the UK Parliament has slammed Boris Johnson’s trade deal with the EU and vowed to vote against it in a complete U-turn on Brexit.

Speaking on Wednesday, Ian Blackford, SNP leader in Westminster, said that Scotland would soon be heading back into the European Union, having seen the PM’s “bad Brexit deal.”

The SNP MP had already been cautioned by the speaker of the house for repeatedly interrupting Boris Johnson during his opening speech.

Once again calling for another referendum on Scottish independence from the UK, the MP for Ross, Skye and Lochaber said that Scots had a very clear choice on their future.

“Which future will we choose? This broken Brexit Britain or the European Union? If this whole Brexit saga was truly about sovereignty then the Scottish people can’t and won’t be denied our sovereign right to that self-determination,” he asserted.

Also on rt.com Both Britain & EU say post-Brexit agreement is a great deal! Now Scotland, Ireland and Wales want in on the action

The SNP have vowed to vote against Boris Johnson’s Brexit deal, in a move which marks a total U-turn on the party’s Brexit position but is unlikely to stall the bill, as Blackford’s MPs do not have enough power in the UK Parliament to impact its passing.

Earlier in December, SNP leader Nicola Sturgeon said that “a deal, any deal, is better than a no deal.”