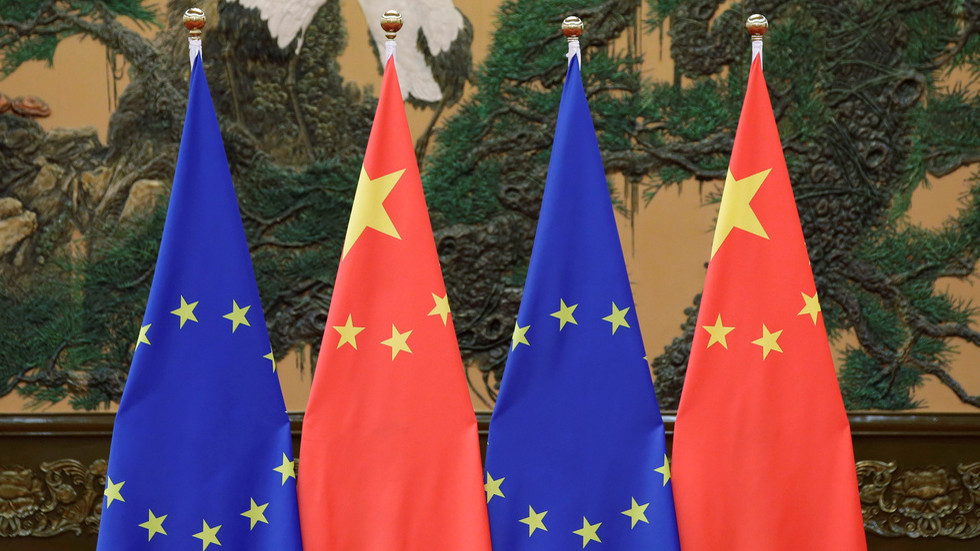 The president of the European Commission has confirmed that the EU and its second largest trading partner, China, have reached an agreement “in principle” to extend their existing trade and investment pact.

In a tweet on Wednesday, European Commission President Ursula von der Leyen announced that years of talks had been concluded.

“The EU has the largest single market in the world. We are open for business but we are attached to reciprocity, level playing field & values,” she wrote.

We will improve the status quo for a fairer treatment of our companies:➡Transparency on subsidies & disciplines on 🇨🇳 state owned enterprises ➡More market access, certainty & predictability for EU businesses ➡No more forced technology transfers & other distortive practices

A spokesperson for China’s Foreign Ministry said earlier this month that he believed an agreement could be reached between the pair before the end of 2020, as talks which started back in 2013 had entered their final phase.

Also on rt.com EU and China to strike trade pact before year’s end, with talks in the final stage

An agreement will allow the 27-nation trading bloc and China more access to each other’s markets, while readdressing trade imbalances viewed by EU member states as previously favoring Beijing.

Talks have centered on opening up Chinese markets to European investment and addressing matters relating to the “level playing field,” ensuring all parties adhere to rules on industrial subsidies and state aid.

While the deal may take some time to be implemented, in theory, European firms will receive access to operate in a number of Chinese sectors, including electric cars, private hospitals, real estate, advertising, the maritime industry, telecom cloud services, airline reservation systems and ground handling.

The agreement comes despite the EU’s continuing dispute with China over the treatment of Uighur Muslims, and Beijing’s suppression of free speech in Hong Kong.