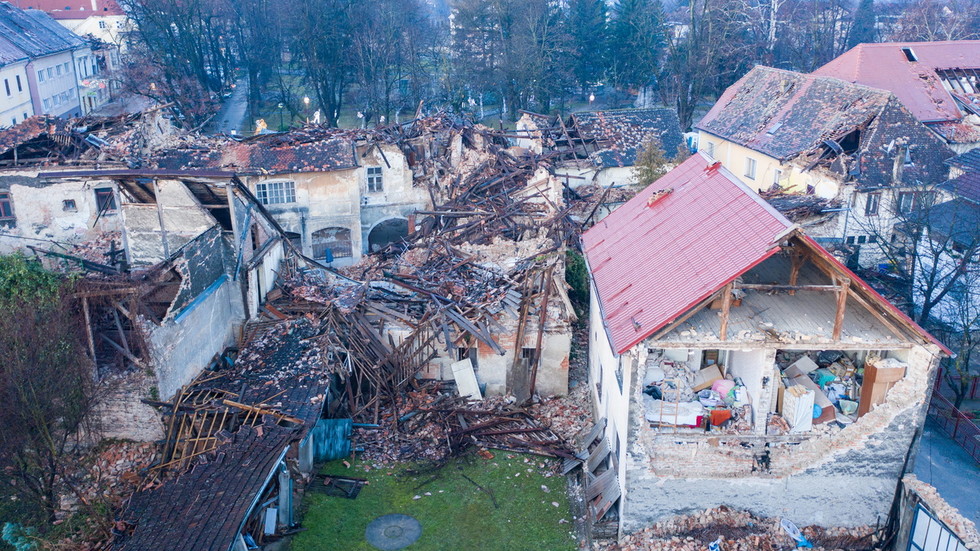 A mayor and news crews were forced to flee for their lives after the ground started shaking again in the Croatian town of Petrinja, which this week became the epicenter of a deadly earthquake.

A clip posted on social media shows Mayor Darinko Dumbovic talking to reporters on the streets of Petrinja, the town hit hardest by the earthquake on Tuesday. Suddenly, the ground starts to shake, causing everyone to flee.

A similar event disrupted a live broadcast from Petrinja, prompting a startled reporter to run for his life. The first responders who were clearing the rubble had to quickly seek refuge as well.

The European-Mediterranean Seismological Center said the earthquake on Tuesday was of magnitude 6.4.

Head of the Seismological Service Ines Ivancic told Croatian Radio that smaller quakes had already been recorded on Wednesday morning, while minor earthquakes were happening in Petrinja “almost every minute.”

While most damage was done to Petrinja, Sisak, and Glina, the shakes were felt in the country’s capital Zagreb and other places, and even abroad. Seven people were killed, including a 12-year-old girl, and hundreds were left homeless, according to Croatian media.

“My city is completely destroyed. We have dead children. It is impossible to describe. It is like Hiroshima,” Petrinja’s Mayor Dumbovic told TV channel HRT shortly after the disaster.

The series of earthquakes was among the strongest ever recorded in Croatia, news portal Dnevnik.hr said, citing historical data from the past century.

An earthquake of magnitude 5.3 struck near Zagreb in March, killing one person and damaging historic buildings in the city’s center. It was the strongest tremor in the capital in 140 years.