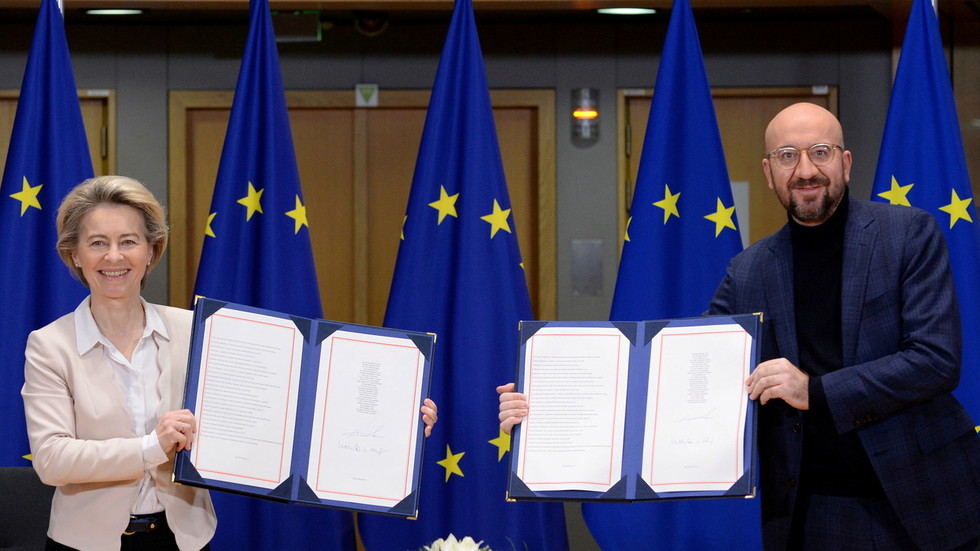 Leaders of the European Union have signed the long-awaited Brexit trade deal agreed with Britain and sent the text off to London for UK PM Boris Johnson to sign, hoping for “a new chapter in relations.”

“It is of the utmost importance for the European Union and the United Kingdom to look forward, in view of opening a new chapter in their relations,” Brussels said in a statement, reiterating the need for joint action on climate change and international affairs.

According to a UK government spokesman, the document will now be flown across the Channel in a Royal Air Force plane for PM Boris Johnson to sign.

On Wednesday, the British parliament will discuss the 1,246-page document for just five hours, before voting commences at 2:30pm.

Opening the debate on the European Union (Future Relationship) Bill in the Commons, Johnson said: “Having taken back control of our money, our borders, our laws and our waters by leaving the European Union on 31 January, we now seize this moment to forge a fantastic new relationship with our European neighbours based on free trade and friendly co-operation.”

It is expected that the bill will pass through parliament despite the opposition of the Scottish National Party who, in contrast to previous remarks, will now vote for a no-deal Brexit.

A post-Brexit trade deal was clinched by negotiators on Christmas Eve following 11 months of discussions.