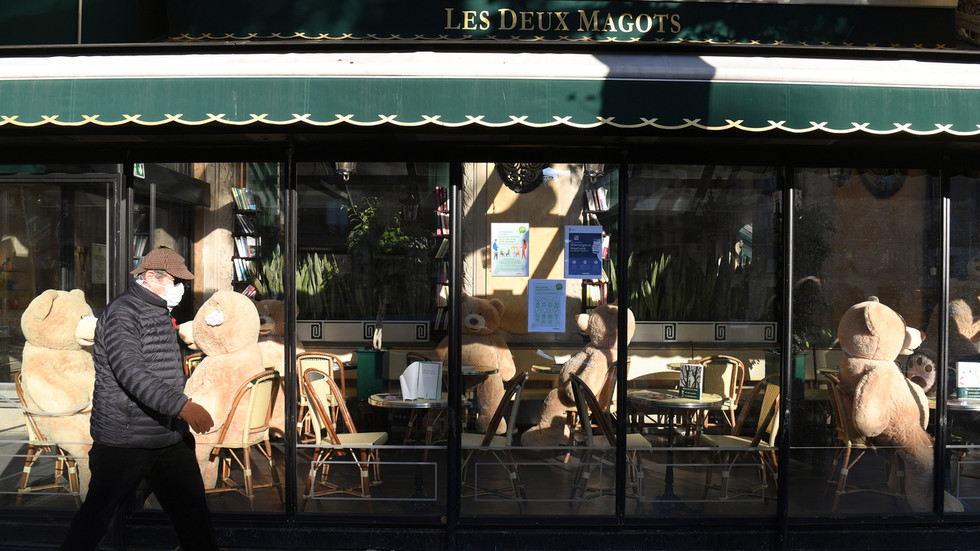 Earlier curfews could soon be introduced in French regions hardest hit by Covid-19, Health Minister Olivier Veran has said. The government “rejects” the idea of another nationwide lockdown for now, he added.

Veran told the France 2 TV channel that the government is working on new measures for regions that have seen an exceptional rise in Covid-19 infections.

We are going to propose an extension of the curfews that, instead of starting at 8pm, will start at 6pm, in departments and metropolitan areas where the [virus] incidence rate surpasses the ‘maximum alert’ level.

The new 6pm curfews will be further discussed with local officials and could take effect starting from January 2, the minister said.

Veran said the situation was especially alarming in four large regions on the country’s east and south-east – Grand Est, Bourgogne-France-Comte, Auvergne-Rhone-Alpes, and Provence-Alpes-Cotes-d’Azur.

At the same time, Veran stated the government is not planning another nationwide lockdown for now. “We reject the idea of a lockdown, local or national,” he said.

When asked by Le Journal du Dimanche newspaper on Saturday if France could avoid a third lockdown, Veran said authorities “never” rule out any options and continue to constantly monitor the situation on the ground.

France introduced a nearly two-month lockdown in March when it was first hit by Covid-19. The strict measures were brought back during the second wave of infections on October 30. They lasted until December 15 and were then replaced by an 8pm-6am curfew.

Also on rt.com Russia reveals it has world’s 3rd-highest overall Covid-19 deaths after US & Brazil, per capita numbers similar to rest of Europe