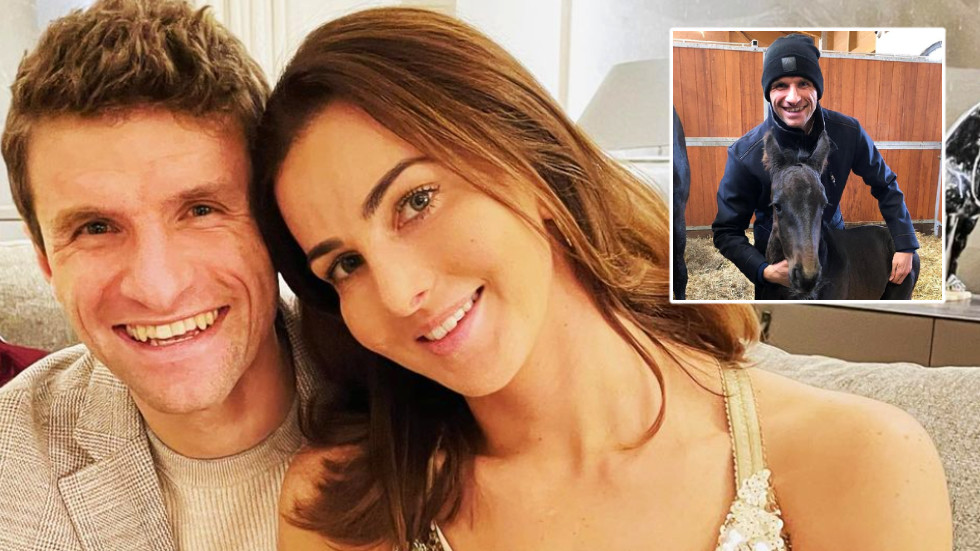 Champions League winner Thomas Muller and wife Lisa have spoken of their joy after their breeding farm in Germany was made the “EU insemination station” for 2021, giving breeders the chance to send in horse semen orders online.

Bayern Munich and Germany playmaker Muller, who was named as the attacking midfielder of the year by Sky Sport Germany on Tuesday, runs the Gut Wettlkam horse stud farm to the south of Munich with his spouse – a dressage rider who won the latest Grand Prix at the Stuttgart German Masters.

Sperm from the captain of their three stallions, D’Avie – described as a “combination of everything you could want” by Muller – costs more than $1,330 for two “instalments” involving insemination and pregnancy, as well as a processing fee of almost $1,000.

In a personally-signed letter on the website, Muller explained: “Although there are comparatively few offspring of his in Germany so far, he has already produced two licensed sons.

“As you probably know … I worry every year whether I have really found the perfect matings for our own broodmares.

“Here, I see D’avie as a great opportunity for German dressage breeding. Let yourself be infected by my personal enthusiasm for this exceptional stallion.”

Muller met equine obsessive Lisa in 2007 and the pair have regularly demonstrated their adoration of horses since marrying in 2009.

The 31-year-old often portrays himself having fun on the farm and welcoming new arrivals to the stables, describing their appointment as the owners of the insemination station as “the next step in our horse life ” and “a new and very exciting chapter”.

Stallions can breed hundreds of horses, and Muller said he wanted to “contribute to a positive influence on dressage breeding in the future.”

There are also nods to other sporting greats around the site. An apparent quote by football legend Franz Beckenbauer – “god loves a foal” – appears on one page, while the only horse listed for sale is named after three-time NBA champion Larry Bird.

German daily Bild claimed that Muller would become a “sperm millionaire”. “Our football giant is now also becoming a horse giant,” it added.

Also on rt.com ‘When your doppelganger is a TOMATO’: NBA legend Larry Bird trends on Twitter after fans find FRUIT that looks like Celtics hero