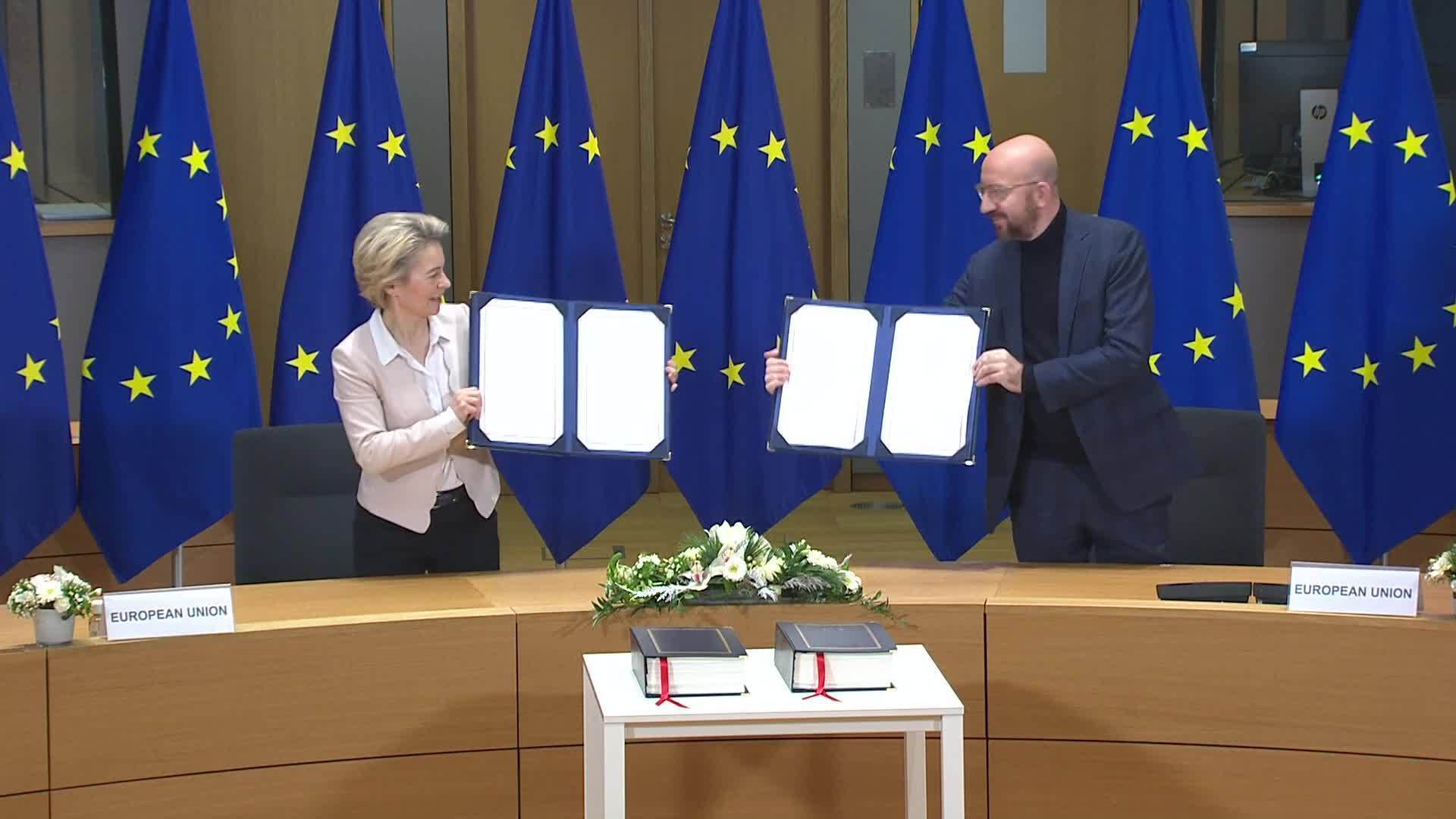 The two EU leaders can be seen sitting down in front of cameramen and photographers to sign the documents.

The landmark agreement came days before the deadline after years of negotiations between the United Kingdom and the European Union.